Snack or meal: Feeling full depends on how you look at food, study finds

Marketing food as ‘snacks', is fuelling the obesity crisis. 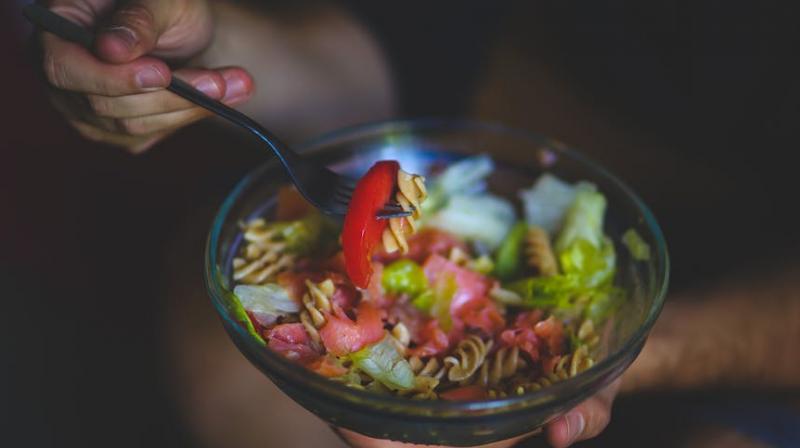 Eating food as a snack in a hurry may not feel you up like a sit down meal at the table would, new research has found.

Seeing food as a 'snack' which may contain the same calories as a 'meal' will have people eating 50% more later, the Daily Mail reported.

For the study, 80 participants were given a choice of pasta with either cheese and tomato or tuna and sweetcorn. Some ate it as a 'snack' in a plastic pot with a plastic spoon and consumed it standing up. Others ate it as a 'meal' which was served on a ceramic plate with metal cutlery and sat down at a table.

After they consumed the food, participants were taken to a second room for a 'taste test' of unhealthy foods like chocolate biscuits. Researchers found those who ate a 'snack' ate far more during the 'taste test' that those who had a 'meal' despite both groups consuming the same amount of calories.

Marketing food as ‘snacks' is fuelling the obesity crisis, Professor Ogden feels. "With our lives getting busier increasing numbers of people are eating on the go and consuming foods that are labelled as 'snacks' to sustain them," she added.

Professor Ogden encourages people to be aware of what you are eating in order to make healthy food choices and eating habits. The findings are originally published in the journal Appetite.

World Health Organisation (WHO) recently reported the number of obese children and adolescents worldwide has jumped tenfold in the past 40 years and shows no signs of slowing down. The rise in obesity is also contributing to various serious health issues across the globe.