The findings provide support for both sides of the debate. 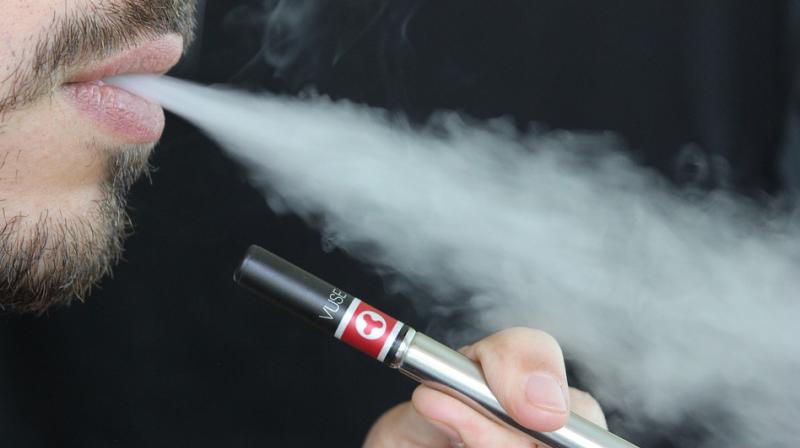 Youth may be trying e-cigarettes before smoking because they are easier to access. (Photo: Pixabay)

E-cigarettes - often touted as a tool to help smokers kick the butt - may encourage high school students to start smoking regularly in later life, a study has found.

Researchers from University of Waterloo in Canada looked at e-cigarette use and classified students into 6 categories: current daily smokers, current occasional smokers, former smokers, experimental smokers, puffers and those who had never tried smoking.

Among students in both study phases, youth who used e- cigarettes in the 30 days prior to the start of the study were more likely to start smoking cigarettes and to continue smoking after one year, a finding consistent with other similar study types.

At the same time, the prevalence of smoking decreased slightly over time. This means that if e-cigarettes are promoting youth smoking, the overall impact has been modest to date, researchers said.

"Youth may be trying e-cigarettes before smoking because they are easier to access: until recently, youth could legally purchase e-cigarettes without nicotine, whereas regular cigarettes cannot be sold to young people under 18 years of age," said David Hammond, from University of Waterloo in Canada.

The findings provide support for both sides of the debate. It is highly plausible that common factors account for a substantial proportion of increased cigarette-smoking initiation among e-cigarette users.

At the same time, it would be foolhardy to dismiss the likelihood that early exposure to nicotine via e-cigarettes increases smoking uptake, researchers said.

"While our study provides strong evidence that e- cigarettes are associated with smoking initiation among youth, the association is unclear," said Hammond.

"E-cigarettes may help to re-normalise smoking; however, the association between e-cigarettes and smoking may simply reflect common factors rather than a causal effect: the same individual and social risk factors that increase e-cigarette use may also increase the likelihood of youth smoking," he said.