A good night's sleep is the secret to overall health. 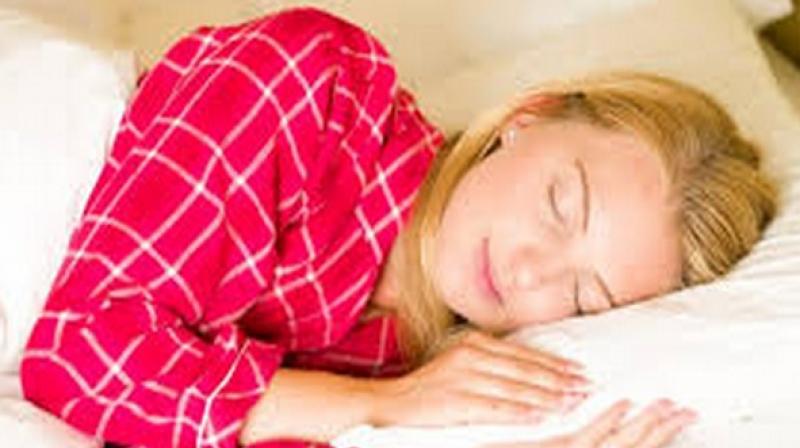 Some people are predisposed at a genetic level to have a more diverse gut microbiome than their friends and neighbours. (Photo: ANI)

Washington: While a lot has been said about sleep and its effect on our health, a new study has indicated that poor sleep is linked to poor gut microbiome which in turn affects the overall health. Not sleeping properly can have negative effects on your gut microbiome, which can lead to additional health issues, according to a study published in the journal PLOS ONE.

"Given the strong gut-brain bidirectional communication they likely influence each other," said co-researcher Jaime Tartar, PhD, a professor and research director in NSU's College of Psychology. "Based on previous reports, we think that poor sleep probably exerts a strong negative effect on gut health/microbiome diversity," he added.

For those wondering what is gut microbiome, it's all the microorganisms (bacteria, viruses, protozoa and fungi) and their genetic material found in your gastrointestinal (GI) tract. For this study, participants wore what Tartar called an "Apple Watch on steroids" to bed, which monitored all sorts of vitals. This way researchers could determine just how well a night's sleep the subjects received and then they tested the subjects' gut microbiome.

What the findings indicated was that those who slept well had a more diverse or better gut microbiome. Tartar explained that gut microbiome diversity is associated with other health issues, such as Parkinson's disease and autoimmune diseases, as well as psychological health (anxiety and depression.)

Thus, more diverse someone's gut microbiome is, the likelihood is they will have better overall health.

"We know that sleep is pretty much the 'Swiss Army Knife of health. Getting a good night's sleep can lead to improved health, and a lack of sleep can have detrimental effects," Tartar said.

So what determines someone's gut microbiome? According to co-researcher Robert Smith, Ph.D., an associate professor and research scientist at Nova Southeastern University (NSU) Halmos College of Natural Sciences and Oceanography, there are a couple of factors that come into play.

One is genetics - some people are predisposed at a genetic level to have a more diverse gut microbiome than their friends and neighbours. Another is drugs - certain medications, including antibiotics, can have an impact on the diversity of your gut microbiome. Your diet plays a factor as well.