Death can be delayed by dance and swimming 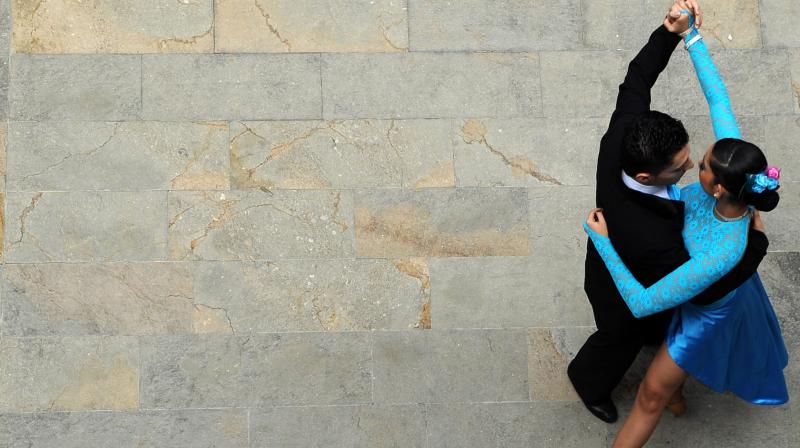 This study must not be misinterpreted as showing that running and football do not protect against heart disease (Photo: AFP)

London: Swimming, racquet sports and aerobics are associated with the best odds of staving off death, and in particular of reducing the risk of dying from heart disease or stroke, scientists said on Tuesday.

In a study of various types of exercise and their risk levels, the researchers found that participation in specific sports showed significant benefits for public health, and urged doctors and policymakers to encourage people to take them up.

While the research, published in the British Journal and Sports Medicine, showed no added advantage for people who favor running and football or rugby, independent experts said this was purely due to the design of the study.

"This study must not be misinterpreted as showing that running and football do not protect against heart disease," said Tim Chico, a consultant cardiologist at professor at Britain's Sheffield University who was asked to comment on the findings.

The study analysed data from 11 annual health surveys for England and Scotland carried out between 1994 and 2008, covering 80,306 adults with an average age of 52.

Participants were asked about what type and how much exercise they had done in the preceding four weeks, and whether it had been enough to make them breathless and sweaty.

The survival of each participant was tracked for an average of nine years, during which time 8,790 of them died from all causes and 1,909 from heart disease or stroke.

In death from heart disease and stroke, the study found racquet sports players had a 56 percent lower risk, with 41 percent for swimming and 36 percent for aerobics, compared with those who did not participate in these sports.

Chico said the study did find that both runners and footballers had a lower rate of death from heart disease. "Although this was not 'statistically significant', many other studies have found that runners live longer and suffer less heart disease," he said.

"I will continue to tell my patients that regular physical activity (including running) is more effective in reducing their risk of heart disease than any drug I can prescribe."