Quick cures: A cool new way to save babies

Why cooling a newborn that has suffered from birth asphyxia is now a promising new method of treatment. 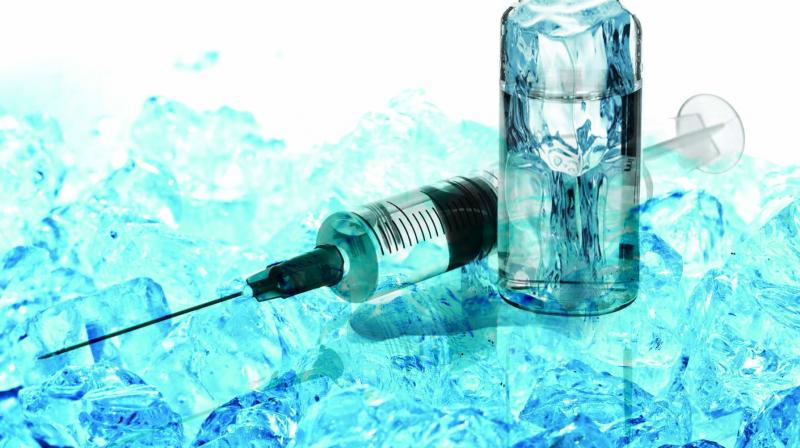 A baby is a blessing from above. But birth is also one of the most complicated biological processes.

It is important to keep the newborn warm and comfortable and a baby’s cries are the first signs proving that the little one is able to breath, with the lungs helping in oxygenation. A crying baby suggests a healthy transition to extra-uterine life.

Most newborns make the transition to this extra-uterine life without intervention. Approximately, four per cent to 10 per cent of term and late pre-term newborns will receive breathing support and one to three per 1,000 births need chest compression or medication.

But sadly, about a quarter of the global neonatal deaths occur in India and twenty per cent of these deaths are because of birth asphyxia. Common questions from worried parents are, ‘Will our baby survive? Will the baby develop disabilities?’

It’s called hypoxic ischemic encephalopathy or simply, HIE. It is an injury to the brain caused by oxygen or blood deprivation during the birth. HIE can range from mild to severe. The longer the oxygen deprivation, the higher the chances of severe damage to brain tissue. And this is where a radical new process comes in — treatment through cooling.

In the late 1940s, it was found animals tolerated low oxygen better if temperatures were low. So over the past two decades, it has been proven that reducing body temperature by three to five degrees below normal reduces brain injury and improves neurological function after asphyxia. Therapeutic hypothermia then, has become the first effective treatment which has reduced death and disability after moderate to severe birth asphyxia. It slows down brain metabolism, leading to a reduced consumption of oxygen. It protects the blood-brain barrier and prevents accumulation of damaging excitotoxic and free radical chemicals.

The treatment must start immediately. Cooling should start no later than six hours after birth for newborn babies born at term (from 36 weeks onwards) and should be continued for 72 hours. The recovery to normal temperature must be gradual. Bear in mind, this treatment is not recommended for pre-term babies.

How does the cooling happen?

Only the head can be cooled, which is called selective head cooling (Cool Cap) or the whole body can be cooled. Both are equally effective.

But in low-income countries, such a procedure has also been made possible using bottles of cold water, ice packs or frozen gel packs. It’s the exact opposite of “keeping a baby warm” but, it works!

The writer is director, of intensive care services at Rainbow Children’s Hospital, Hyderabad.