Babies kicking in the womb map their own bodies

The babies' brainwaves were measured using electroencephalography (EEG), and were recorded continuously during sleep. 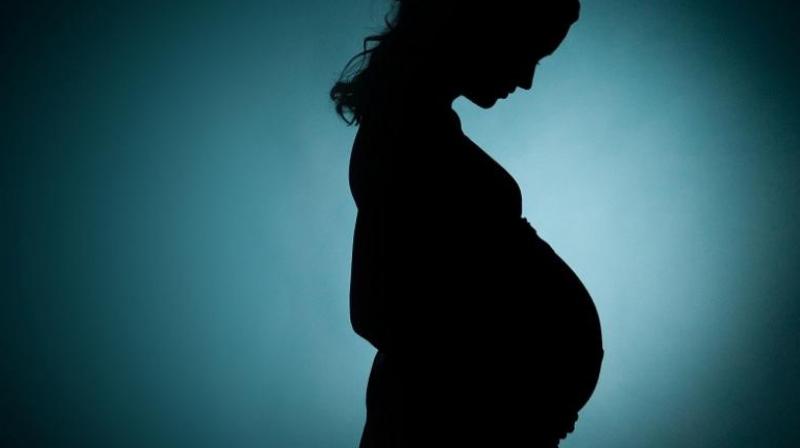 The fast brainwaves evoked by the movement disappear by the time babies are a few weeks old (Photo: AFP)

London: The kicks a mother feels from her unborn child may allow the baby to 'map' their own body and enable them to eventually explore their surroundings, according to a study.

Researchers from University College London (UCL) in the UK found that fast brainwaves -- a brainwave pattern typically seen in neonates -- fire in the corresponding hemisphere.

For example, the movement of a baby's right hand causes brainwaves to fire immediately afterwards in the part of the left brain hemisphere that processes touch for the right hand.

The size of these brainwaves is largest in premature babies, who at that age would usually still be in the womb.

The findings suggest that foetal kicks in the late stages of pregnancy -- the third trimester -- help to grow areas of the brain that deal with sensory input, and are how the baby develops a sense of their own body.

The fast brainwaves evoked by the movement disappear by the time babies are a few weeks old.

"Spontaneous movement and consequent feedback from the environment during the early developmental period are known to be necessary for proper brain mapping in animals such as rats.
Here we showed that this may be true in humans too," said Lorenzo Fabrizi from UCL.

"We think the findings have implications for providing the optimal hospital environment for infants born early, so that they receive appropriate sensory input," said Kimberley Whitehead from UCL.

"As the movements we observed occur during sleep, our results support other studies which indicate that sleep should be protected in newborns, for example by minimising the disturbance associated with necessary medical procedures," Whitehead said.

The babies' brainwaves were measured using electroencephalography (EEG), and were recorded continuously during sleep.

A total of 19 newborns aged two days on average took part in the study, and they were between 31 and 42 weeks corrected gestational age when studied.