Enzyme that could stop Ebola virus from spreading identified 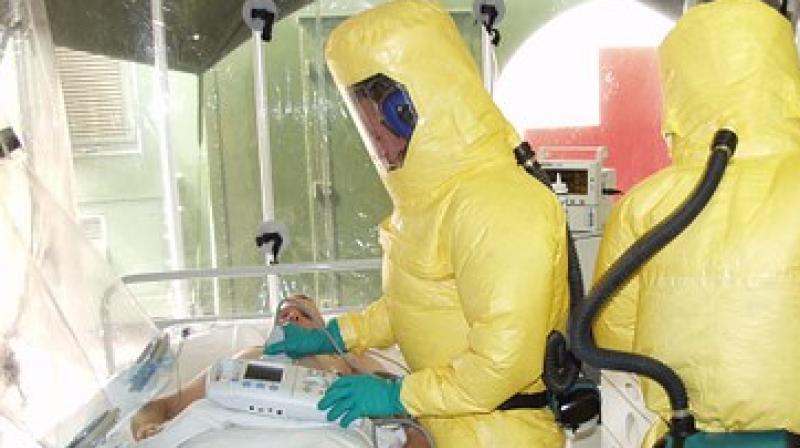 Initially the researchers hope to be able to test it on animals and, in the long term, develop a drug that inhibits the relevant enzyme. (Photo: Pixabay)

Scientists have found that an enzyme could help prevent the feared Ebola virus from spreading.

The enzyme takes away the virus ability to copy itself and thus produce more virus particles and more infection, according to the study published in the journal Molecular Cell.

"When the Ebola virus enters the human cell, its only purpose is to copy itself, fast. First it must copy all its proteins, then its genetic material," said Jakob Nilsson, from the University of Copenhagen in Denmark.

"But by inhibiting a specific enzyme we rob the Ebola virus of its ability to copy itself. And that may potentially prevent an Ebola infection from spreading," said Nilsson.

There is currently no available treatment for Ebola. However, the researchers behind the new study have found what is called a new host factor for Ebola virus.

It can be described as a small part of the hosts - for example the human bodys - own cells, which the Ebola virus uses to copy itself and produce more infection.

So if the researchers switch off PP2A-B56, the virus ability to copy itself and produce more infection is never switched on.

"When we inhibit the PP2A-B56 enzyme, we remove the first link in a long process, which ends with Ebola spreading. And we can tell that it works," said Nilsson.

But because the researchers have so far focused on cell cultures, there is still work to be done before their results can be used to treat people infected with Ebola.

Initially the researchers hope to be able to test it on animals and, in the long term, develop a drug that inhibits the relevant enzyme.