Children die due to poisoning by strong painkillers

More kids ending up in emergency rooms due to pain killer poisoning: Study. 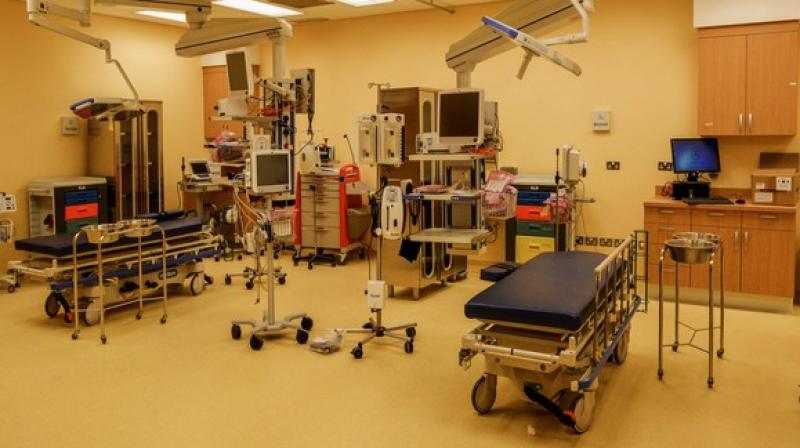 This disturbing trend is being fuelled by suspected suicide cases among under-19s who have overdosed on legal or prescription opioid drugs. (Photo: ANI)

Washington: Emergency room admission cases among children due to poisoning by strong painkillers have considerably gone up in the USA as revealed by a study. Even though there is an overall drop in the rate of painkiller poisoning in children since 2005, the severity of such instances has increased to a significant degree.

Published in the Journal of Clinical Toxicology, this study analysed more than 200,000 US paediatric cases of pain-relief misuse, abuse or self-harm. The findings have revealed that the proportion of the paediatric intensive care unit (PICU) admissions rose by more than a third during the study period from 6.6 per cent between 2005 and 2009 to 9.6 per cent between 2015 to 2018.

This disturbing trend is being fuelled by suspected suicide cases among under-19s who have overdosed on legal or prescription opioid drugs. Methadone, prescription pain-reliever fentanyl, and heroin are most associated with the need for intensive care doctors to give medical treatment, according to the findings. The researchers are calling for a strategy that combines laws to restrict access to opioids with improved mental health support for children and adolescents.

"This study suggests the opioid epidemic continues to have a serious impact on pediatric patients, and the healthcare resources required to care for them," says Dr Megan Land from Emory University School of Medicine, in Georgia, USA.

Drug overdose deaths in the US have tripled in the past two decades. Those derived from the opium poppy plant (opioids) can be highly potent and account for two-thirds of fatal drug poisonings. The focus has largely been on adults so this study set out to investigate the impact on children, with major emphasis on PICU admissions.

The researchers consulted the National Poison Data System database for accidental or deliberate incidents of opioid exposure involving babies and children up to age 19. They found 207,543 cases were reported to 55 US poison control centres from 2005 to 2018.

Factors analysed included opioid type, cause of drug poisoning and the rate of cases admitted to psychiatric units. The study also calculated the proportion of patients who ended up in PICUs and the percentage of these requiring medical treatment.

The research suggests that the majority of child drug poisonings did not require an intensive care admission, and either resulted in minor effects such as drowsiness -- or none at all. But the proportion of needing specialist treatment did increase over the study period.

The picture was similar with the psychiatric unit admissions -- the percentage of these more than doubled from 3.57 per cent between 2005 to 2009, to 8.18 per cent between 2015 to 2018. This was also the case for the proportion of intensive care admissions needing cardiopulmonary resuscitation (CPR), which went from 1.31 per cent to 3.18 per cent over the same time period.