There are chances that your kid may inherit the 'brittle bone disease' from you. 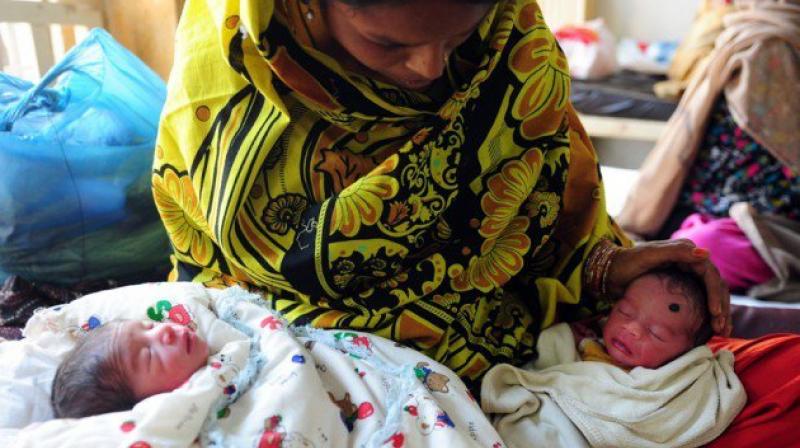 Washington: Suffering from the woes of having frail bones? Unfortunately there are chances that your kid may inherit the 'brittle bone disease' from you, but thanks to science, you can protect your child by consuming less protein while you are pregnant.

Researchers at the University of Missouri School of Medicine have shown that limiting a specific maternal protein in pregnant mice with osteogenesis imperfecta resulted in offspring with stronger, denser bones.

Osteogenesis imperfecta, also known as brittle bone disease, is a genetic disorder that causes bones to break easily. Severe cases of the disease can result in hundreds of fractures during a person's lifetime or even death. The finding might one day provide a new therapeutic approach to treating brittle bone disease.

Ph.D., associate professor of biochemistry and child health at the MU School of Medicine, Charlotte Phillips, "Osteogenesis imperfecta is caused by the body's inability to make strong bones because of mutations affecting the production of the protein known as collagen".

She added, "No cure exists; however, we know from previous research that the prenatal environment can have a lasting effect on cardiovascular and metabolic health into adulthood. We studied whether bone health of mice could be improved by optimizing the environment within the womb."

She stated, "Myostatin is a protein that limits muscle growth. However, exercise causes myostatin levels to decrease - which is good because it allows muscle tissue to develop. Increased muscle tissue results in stronger bones".

Using mice with brittle bone disease, the MU researchers were able to identify the female as responsible for offspring bone health. The team also confirmed that female mice deficient in myostatin had offspring with stronger bones.

"Humans achieve 90 percent of their peak bone mass by age 19," Phillips said. "To approximate this timeframe with mice, we re-evaluated their bone strength and density four months after birth. In each case, the mice with stronger, denser adult bones were those whose fetal development involved females deficient in the protein myostatin.

This finding shows that the environment within the womb affects bone development not only at birth, but into adulthood."

The researchers believe that the work represents a paradigm shift in understanding and possibly treating osteogenesis imperfecta. The researchers also feel that their findings may prove beneficial to reducing the risk of other bone diseases such as osteoporosis later in life for many others. However, more research is needed.