Despite loosing her legs, gritty Mumbaikar has created history by bringing changes in a 20-year-old clause paving way for millions. 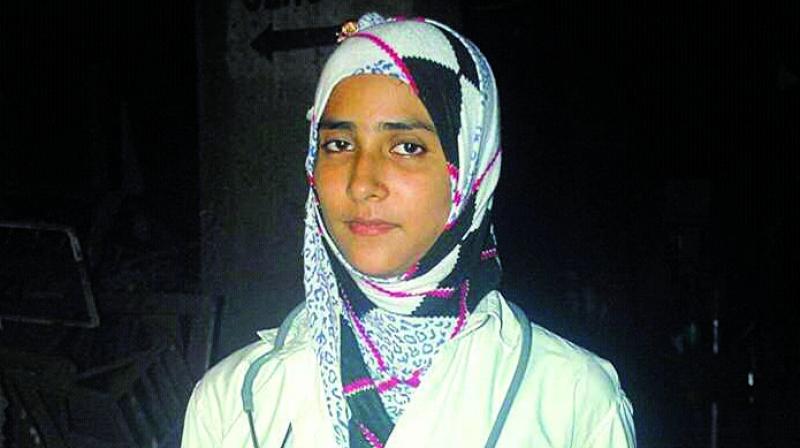 Till 2008 Shaikh Roshan Jawwad, like anyone of us, went about her daily routine of travelling from Jogeshwari to Bandra attending junior college. However, one tragic day on her way back home, she fell from the running local. Following which Roshan lost both her legs.

The world changed for her— she wasn’t the same Roshan. But she was determined and not defeated by the challenge in front of her. Carrying the dream of becoming a doctor in her heart, she cleared her 11th and gave her 12th in private scoring 75 per cent.

She sat for the Maharashtra Common Entrance Test for Medical securing third rank all over state. But as they say, nothing comes easy, she was not allowed an admission owing to her physical condition.

“The criterion for physically handicapped students for medical admission requires up to 70 per cent disability. I was declared 88 per cent handicap and not eligible. I didn’t take that as an end, I didn’t give up,” recalls Roshan. She went to the Bombay High Court with her case and not giving up on her dream fought till the end.

“I had cleared my entrance and still wasn’t given the admission. Looking at my confidence and conviction, the then Chief Justice Mohit Shah directed King Edward Memorial Hospital college authorities to let me study medicine,” smiles Roshan.

In 2011, she finally fulfilled her dream of studying medicine and completed her MBBS in 2016. She went on to do her internship for a year and applied for Doctor of Medicine (MD) in Radiology this year.

Again, the road wasn’t easy. For the second time, having cleared her entrance she was declared not eligible owing to the 70 per cent criteria. “At the MD counselling for physically handicapped students, I was said to be 89 per cent handicap,” says Roshan.

Being strong-willed, she had set out to fight for her right once again. But she met BJP MP Kirit Somaiya, who had helped her in the past with amputated legs and took her case up to the Parliament.

“He asked me to not worry. He met Union Minister J P Nadda in Delhi and convinced them for me,” says a happy Roshan.

What happened next is history. “They changed the 20-year-old clause. Where the earlier clause had an upper limit of 70 per cent physically challenged, it has now revoked to 40 per cent. This change is not just for me, but for millions like me who can now fulfil their dream,” she says.

Not only this, the seat limit of three per cent for the physically challenged in job and education sector has also been increased to five per cent.

Though having confirmed her admission in MD Pathology at the KEM, Roshan wants to keep her options open till the next cut off. “It is difficult to get a seat in KEM, people keep on trying for years and I got it in first attempt,” says a happy Roshan.

Talking about her future plans, the medical student wants to build her own hospital and help those who can’t afford treatment. “I chose this profession because I want to serve people. There are many who aren’t financially sound. By God’s grace, when I become financially capable I will have my own hospital,” says a gritty Roshan.

But post MD, the 26-year-old wants to sit for IAS and if selected, she believes helping people will be easier. “Then I can even ask my doctor friends for help, I will have more power,” she concludes.