This nerve, located at the base of the esophagus, is one of several mechanisms that tells the brain that the stomach is empty. 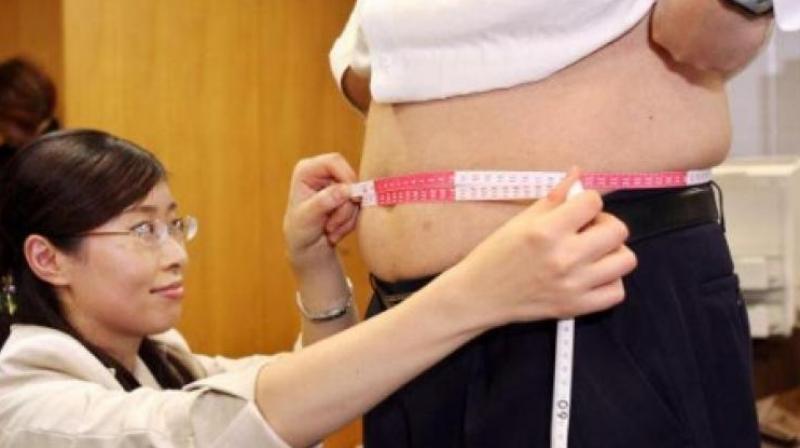 No procedure-related complications were reported, and there were no adverse events during the follow up (Photo: AFP)

Washington: Freezing the nerve that carries hunger signals to the brain may help patients with mild-to-moderate obesity lose weight, a study has found.

"We developed this treatment for patients with mild-to-moderate obesity to reduce the attrition that is common with weight-loss efforts," said David Prologo from Emory University School of Medicine in the US.

During the procedure, researchers inserted a needle through the patient's back and, guided by live images from a CT scan, used argon gas to freeze the nerve, known as the posterior vagal trunk.

This nerve, located at the base of the esophagus, is one of several mechanisms that tells the brain that the stomach is empty.

In the study, 10 subjects with a Body Mass Index (BMI) between 30 and 37 underwent the procedure and were followed for 90 days.

All subjects reported decreased appetite and the overall average weight loss was 3.6 per cent of initial body weight and an average decline of nearly 14 percent of the excess BMI.

No procedure-related complications were reported, and there were no adverse events during the follow up.

The study was presented at the Society of Interventional Radiology's 2018 Annual Scientific Meeting.

"When our stomachs are empty, the body senses this and switches to food-seeking survival mode. We're not trying to eliminate this biological response, only reduce the strength of this signal to the brain to provide a new, sustainable solution to the difficult problem of treating mild obesity," he said.