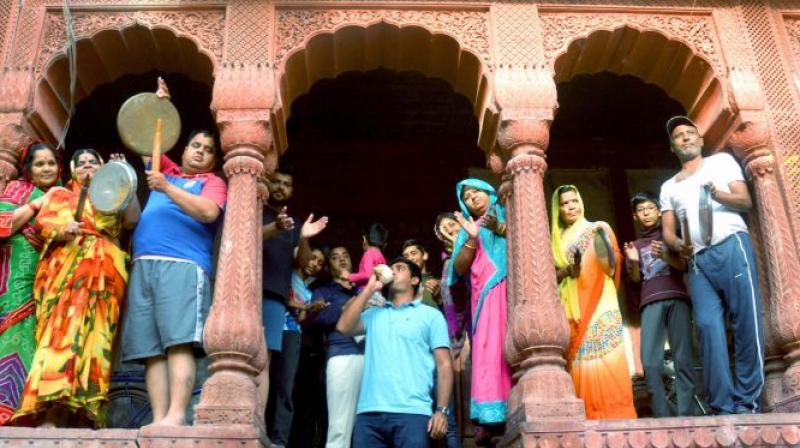 Hyderabad: The term “social distance” doesn’t seem to be working. Across the nation, law enforcement agencies are struggling to convince people to maintain even a foot’s distance between each other.

Arm-chair psychologists believe this is because Indians have no concept of “personal space”. Real psychologists, while not dismissing the idea altogether, said the subject was more complicated than that.

Dr Pragya Rashmi, a consultant psychologist from the city, said the concept of “body buffer zone” in psychology  the physical distance a person prefers to maintain from another varies between cultures.

“Physical proximity is a part of our culture. We easily touch other people through hugs and whatnot,” she said. Dr Rashmi noted that the idea of personal space differs even between those who live in urban spaces and those who live in rural, open spaces.

Clinical psychologist Aarthi Selvan, who runs a clinic in Begumpet, said the current behaviour of people at market yards and supermarkets can be explained in another way as well.

“During times like these, there is a component of fear and anxiety around the availability of resources. They aren’t sure if essential goods will be available,” she said. This nervousness could lead people to forget the risks of being in a crowd or not maintaining a distance from others. “There isn’t a lot of information being given to the general public. Their anxiety is understandable,” she said.

“In any case, the idea of social distancing is a privilege in our country. Most people can’t afford to live in a place where they have any real personal space,” she added.

Psychologists as well as many Dalit and Adivasi activists have noted that the term “social distancing” might not be the most ideal one to use in India.

Activists have noted that the term has caste undertones, and could allude to untouchability that was practised against certain communities in the country. Some have suggested it be replaced by “physical distancing”.

Dr Rashmi said, “The term ‘social distancing’ doesn’t clearly convey its purpose. People still don’t know why they should maintain a distance from others.” She suggested the use of “safe distance” instead.

Ms Selvan too said the word “social” was leading to the message being lost in transmission. “Indeed, ‘safe distance’ might work. It is less likely to elicit a threat response from people. It could also elicit a soothing response from them,” she said.