Tobacco use is the leading single preventable cause of death worldwide, killing over 7 million people each year. 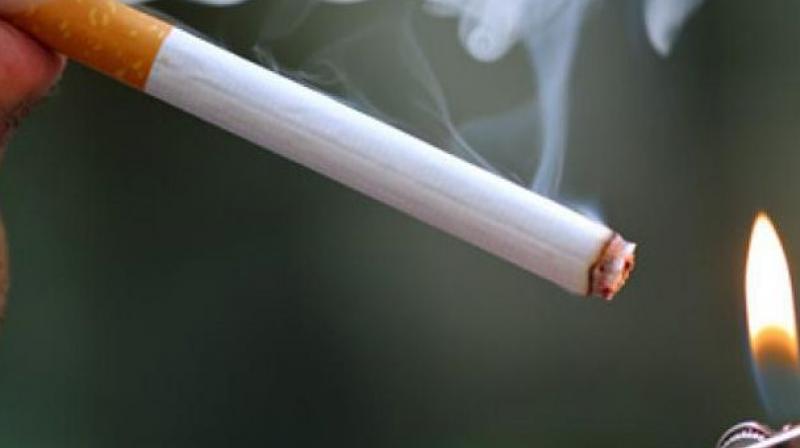 There are chemicals in cigarette smoke that can damage the lining of the blood vessels of the heart leading to their inflammation and narrowing, which in turn can cause angina or a heart attack. (Photo: Pixabay)

This year, World No Tobacco Day will focus on the impact tobacco has on the cardiovascular health of people worldwide.

According to World Heart Federation smoking is estimated to cause nearly 10 per cent of cardiovascular disease (CVD) and is the second leading cause of CVD, after high blood pressure.

Tobacco use is the leading single preventable cause of death worldwide, killing over 7 million people each year. Its economic costs are also enormous, totaling more than US$ 1.4 trillion in health care costs and lost productivity. Controlling tobacco use is a key part of the 2030 Agenda for Sustainable Development.

How does smoking cause heart disease? There are chemicals in cigarette smoke that can damage the lining of the blood vessels of the heart leading to their inflammation and narrowing, which in turn can cause angina or a heart attack.

A person's chance of heart disease increases with the number of cigarettes they smoke and the number of years they have smoked. If you have a pack of cigarettes a day, your risk of having a heart attack is four times than that of someone who doesn’t smoke. Women who take birth control pills and smoke cigarettes increase their risk of heart attack, stroke, and peripheral vascular disease greatly. When you smoke, the people around you are at risk for having health problems too. That’s especially true for children.

We Indians need to be especially wary of smoking as genetically we have smaller arteries as compared to our western counterparts. Smoking is one of the major risk factors for multi vessel coronary disease. When more than one artery is affected by blockages, a person is said to have multivessel heart disease. It puts more of the heart muscle at risk for a heart attack.

This white paper combined a survey, of 2951 OPD Indian patients aged 18 years or older studied from February 2016 to August 2017, along with recent secondary data.

Primary survey data revealed that people who are smokers are more likely to drink alcohol and suffer from psychiatric illness. Interestingly, a smoker reaches out for his first cigarette in less than 4 hours, after waking up.

When asked why they begin smoking, the data revealed that 36.5 per cent people smoke by habit, 24.2 per cent smoke to reduce stress and 22.2 per cent smoke for pleasure. Only 15.4 per cent said that they are addicted. 6.7 per cent of the sample size did not reveal any reason.

When asked what motivated them to quit, survey data revealed that among past smokers, 67.7 per cent quit because it started affecting their health and they were told by doctors to quit, 14.4 per cent because they don't want to smoke in front of their children and set a bad example. Other reasons cited by 16.8 per cent of the population include mother asking them to quit, they can’t afford to smoke, or that they saw someone else suffering because of their smoking habit.

We counsel patients that quitting smoking has short term benefits too. Researchers (secondary data) identified 52 metabolites that were significantly altered after the subjects stopped smoking, including several that showed reversible changes toward that of a nonsmoker's metabolic profile.

Appearing in ACS' Journal of Proteome Research, the study shares that certain metabolic changes occur soon after quitting, and these changes could help explain how some ill-effects of smoking might be reversible.