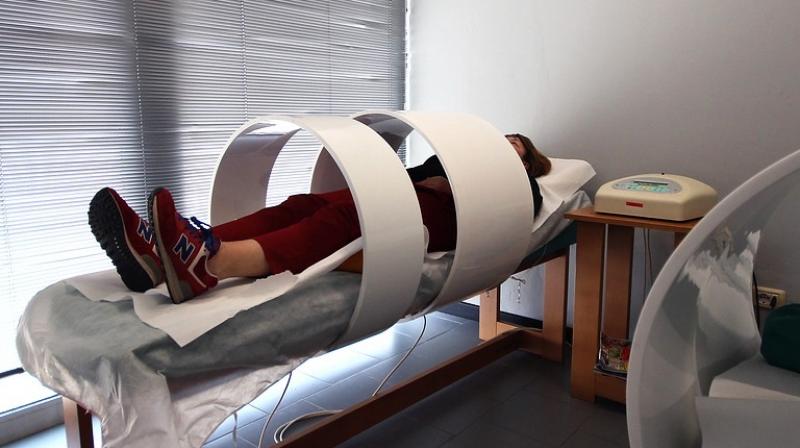 Washington: New study found that symptoms of concussions like loss of balance, hazy comprehension, sleep disturbance and ability to walk straight could be reversed by a therapy, magnetic stimulation.

According to the study published in the 'Journal of Neurotrauma', magnetic stimulation that uses a laptop-style device for 20 minutes per day improved the ability of rodents with a concussion to walk in a straight line, navigate a maze, run on a wheel, and perform cognitive tests.

"The beauty of this therapy is not only that it is effective, but that it is non-invasive, easy to use and cost-effective," said professor Changiz Taghibiglou, who led the research. The team also found evidence that Low-Frequency Magnetic Simulation could potentially protect the brain from future degeneration, a risk following serious concussions.

Concussion or mild traumatic brain injury (mTBI) is a major public health concern and can be caused by sports injuries, motor vehicle accidents, falls and other head trauma. A concussion can also cause severe headaches and hamper a person's ability to think straight and perform day-to-day tasks.

Within four days of treatment, rodents with repeated concussion had their ability to perform a variety of cognition and motor tests restored to almost normal levels. Their body clocks, governing sleep patterns, which can be thrown out of sync by the concussion, were also restored to their normal function.

The mice were exposed to low levels of magnetic stimulation, which mimic the way brain waves oscillate. Taghibiglou also found that certain proteins, which are important to protect the brain from various neurological conditions, were restored to their normal level by the low-frequency magnetic stimulation. The proteins protect neurons and halt the progression of post-concussion inflammation and neurodegeneration.

In the next stages of the research program, the team plans to conduct longer-term tests on rodents, followed by human trials. Children and adolescents are particularly vulnerable to adverse effects of brain injuries as their brains are still developing into their early 20s.

"Patients can suffer long-lasting cognitive impairments, emotional and behavioural changes. Currently, we do not have effective treatment to improve cognitive impairment. Low-frequency magnetic stimulation provides a novel option for concussion treatment. It is portable, non-invasive and affordable," said Zhang.