Letting dog lick your face is a bad idea

Experts reveal dog owner’s are at high risk of potentially catching deadly disease when they allow pooches to lick their faces. 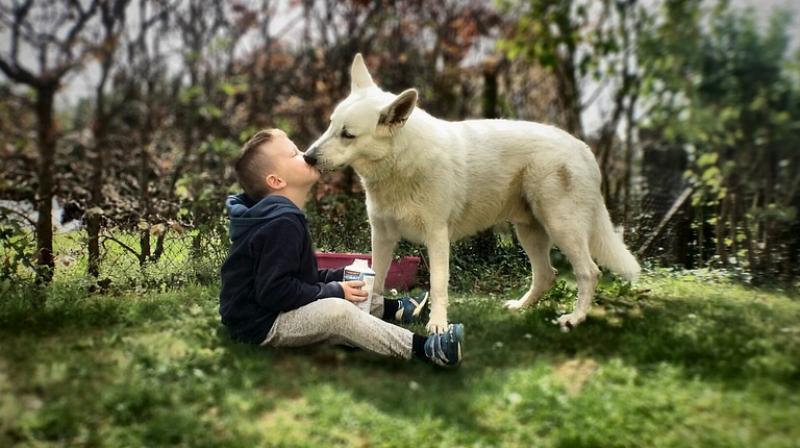 Some of the bacteria that dogs might pass off to humans include clostridium, E. coli, salmonella and campylobacter (Photo: Pixabay)

Every dog owner loves that moment, when after a long and tiring day at office they come home to their furry friends waiting eagerly for them. What usually follows is the pet pooch jumping up at the owner and licking his face away to glory, obviously happy, that he/she has come back home. It seems harmless enough, you put your nose to you favorite pooches and it licks your face.

However, if new studies are to be believed, one should never let the dog lick his/her face. It could be deadly. Experts are now bashing the notion that a dog’s mouth is much cleaner than a human’s.

According to experts, dog’s go to a range of places which are not so clean, from dirty corners of the house to even garbage cans. The friendly animals who actually love to lick faces carry innumerable bacteria which can impact human health. In fact a dog mouth may contain bacteria that are not at all suitable for the human body.

Some of the bacteria that dogs might pass off to humans include clostridium, E. coli, salmonella and campylobacter, which can cause severe gastrointestinal disease in humans.

Not only that, dogs live most of their lives with their noses in nasty corners and their muzzles are full of bacteria, viruses and germs including the Capnocytophaga Canimorsus bacteria. This bacteria has the power to cause fatal infections infections including sepsis, which can ultimately lead to organ failure and even death.

Another infections that dogs pass on is that of the ringworm