As per the information from the state mangrove cell, the carcass was six-feet-long. 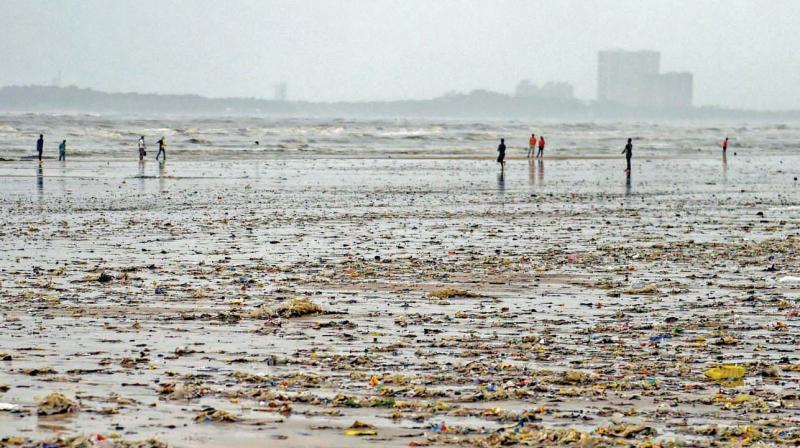 As the carcass was severely decompo-sed, forest officers buried it in the same beach.

Mumbai:In another incident of marine beaching, the ca-rcass of an Indian Ocean Humpback dolphin was-hed ashore at Juhu Bea-ch on Monday morning. This is the fourth incident of the carcass of a dolphin washing ashore at Mumbai beaches this month. According to forest department officers who reached the spot in the morning, locals told them that the carcass w-as covered with discarded plastic. As the carcass was severely decompo-sed, forest officers buried it in the same beach.

As per the information from the state mangrove cell, the carcass was six-feet-long. “We could not conduct an autopsy as it was badly decomposed. We had to immediately bury it. It seems it is a case of natural death and it died two to three days ago,” said Makar-and Ghodke, assistant conservator of forest.

The Indian Ocean Humpback dolphins are a protected species un-der schedule I of the Wil-dlife Protection Act, 1972.