Even as doctors asked parents to prepare for her funeral when she was born, the family remained determined to give the child a better life. 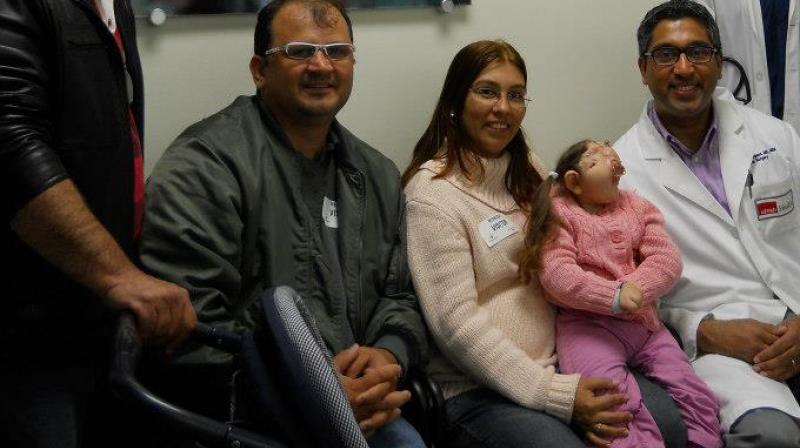 Birth deformities can make life a daily ordeal for children as survival can become next to impossible in some cases. But even at a young age some show extraordinary courage to defy everyone ruling out their chances of a normal life and manage to astonish everyone.

A girl born without a face in Brazil has just celebrated her ninth birthday despite doctors telling parents that she won’t be able to survive. A disorder called Treacher Collins Syndrome prevented 40 facial bones from developing leaving her eyes, mouth and nose displaced.

The doctors showed no hope for Vitoria and even refused to feed her as they asked the heartbroken family to go home and prepare for the child’s funeral. But now doctors are unable to explain how she has lived to celebrate her ninth birthday and are crediting the will and care of parents for it.

Vitoria’s parents are determined to give their daughter a better life and the best appearance possible, as they are raising funds for the same. The girl suffers from a disorder affecting only one in 50000 people and has undergone eight surgeries to reconstruct her eyes, mouth and nose including one to stimulate motor functions.

Although no one knows how long Vitoria can survive, the family has been standing by their daughter despite nasty comments about the appearance of the girl.