The reason why a combination of methods works better is likely due to the fact that they have different mechanism of action. 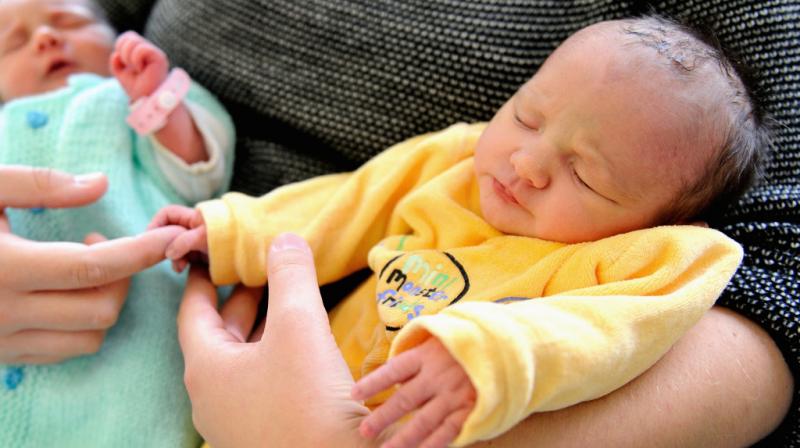 Babies have long been offered a bit of sugar water or breastmilk to comfort them during needle sticks, and a new study suggests these methods of pain relief may work even better when babies are also nestled in their mothers’ arms.

Researchers watched babies for expressions of pain. They also used a noninvasive device to measure oxygen level changes in their brain as a way of detecting which brain areas were activated by pain and the effect of the different types of pain relief.

“The reason why a combination of methods works better is likely due to the fact that they have different mechanism of action,” Demarini said by email. “Therefore, the effects may be cumulative.”

Nonpharmacological pain relief is often used with infants during minor painful procedures like heel sticks, researchers note in Pediatrics. Several methods have been found effective at reducing babies’ visible pain during these procedures, including sugar water, breastfeeding, swaddling infants in blankets and placing babies against their mothers’ bare chest for skin-to-skin contact.

While some previous research has also tried to measure changes in babies’ brains associated with different approaches to pain relief, results have been mixed and left an unclear picture of what approach might work best, the authors write.

In the current study, researchers used what’s known as near-infrared spectroscopy (NIRS). It uses sensors on the outside of the head emitting and receiving light, instead of electrodes detecting electrical impulses, and can detect changes in oxygenation, representing blood flow to areas where brain activity increases during a heel stick.

The different pain relief methods in the study were associated with different responses in the brain.

With sugar water, there appeared to be less transmission of pain in the cerebral cortex than with breast milk babies took from a bottle while they were on the changing table, Demarini said.

Breastfeeding is associated with a widespread activation of the cerebral cortex with positive feelings that may overwhelm any pain from the heel stick, so infants show little if any sign of pain, Demarini said.

Researchers didn’t study the effect of maternal holding alone because this has been shown to help ease babies’ pain in other studies, particularly when it involves skin-to-skin contact, the study authors note.

The study found only a slight difference in pain relief between breastfeeding and holding babies who got sugar.

“The fact that (sugar) combined with holding was more effective than (sugar) alone once again shows the power of the multisensory approach. Holding also means speaking to the baby, movement, warmth, all which can further reduce pain responses in newborn babies,” said Denise Harrison, a researcher at Children’s Hospital of Eastern Ontario and the University of Ottawa who wasn’t involved in the study.

But whenever possible, breastfeeding is best, Harrison said by email.

“As the large majority of mothers do breastfeed their newborn infants in the first days to weeks after birth, this makes breastfeeding the perfect strategy to use during newborn bloodwork,” Harrison said.

“If breastfeeding cannot occur, or skin-skin contact cannot occur, small volumes of (sugar) given before and immediately after the bloodwork can be used.”