The man had swallowed the nails over a period of time. 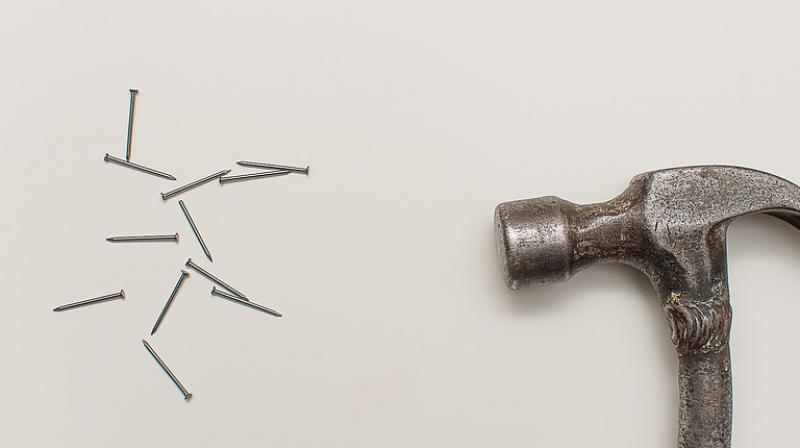 He was suffering from schizophrenia and had swallowed nails and soil regularly over a period of time. (Photo: Pixabay)

Doctors at the state-run Calcutta Medical College and Hospital here have removed 639 nails, weighing more than one kg, from the stomach of a 48-year-old man suffering from schizophrenia.

The man had swallowed the nails over a period of time.

"The patient is from North 24 Parganas district's Gobardanga. He was suffering from schizophrenia and had swallowed nails and soil regularly over a period of time," Dr Siddhartha Biswas, who conducted the operation yesterday, said.

"We made a 10 cm incision in the abdomen and removed the nails using a magnet. We have also extracted soil," Biswas said adding that the surgery lasted about an hour and 45 minutes.

The patient had been complaining of stomach pain since last week of September and was taken to a private nursing home where X-rays revealed the presence of nails.

He was immediately referred to the Calcutta Medical College and Hospital where X-rays and endoscopy had shown presence of nails around 2 to 2.5 inches long in the stomach.

"The patient is stable now. We are keeping him under observation before he is given a fitness certificate," Biswas said.