The emphasis on body type for better performance and optimal appearance also puts divers at higher risk for eating disorders. 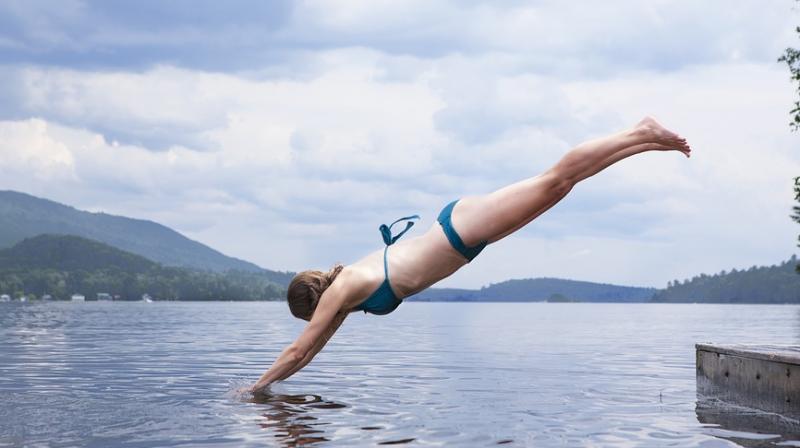 Washington: A recent report has suggested that competitive divers are at a high risk of injuring their shoulders, back, elbows, wrists and other body parts.

"Even when a dive is perfectly executed, injuries can occur, whether traumatic or from overuse," wrote Loyola Medicine sports medicine physician Nathaniel Jones. A springboard diver hits the water at up to 19 mph and a 10-meter platform diver at up to 37 mph. After hitting the water, their velocity decreases by more than 50 percent in a fraction of a second.

"These incredible velocities and impact forces are thought to be large contributors to competitive diving injuries," Jones wrote. "With such forces, injuries can occur not only in the setting of a dive gone wrong but also more commonly secondary to an accumulation of exposures to repetitive forces."

Competitive divers on average train 40 hours per week. Springboard divers average 100 to 150 dives per day and platform divers 50 to 100 dives per day. Doing so many dives puts the athlete at risk for multiple individual injury opportunities and at times may lead to overuse injuries, noted Jones. Divers are at further risk for injuries from dry-land training such as gymnastics, strength and conditioning, trampolining and dance.

With the possible exception of shoulder injuries, back injuries appear to be the most common diving injuries. One study found that after age 13, there's a 45 percent chance of having back pain within a year. Another study found that divers are at risk for back problems at a younger age than the general population. Less common problems include perforated eardrums from landing on the ear; corneal abrasions; concussions; and anxiety and psychological stress from learning complex dives and the pressure to perform.

Many divers diet in order to be lean and muscular, but restricting calories also can lead to low energy, fatigue and an increased injury rate. The emphasis on body type for better performance and optimal appearance also puts divers at higher risk for eating disorders.

Divers continue to test the limits of what their bodies can do, thereby increasing the potential for injuries. But research on diving injuries is sparse. Possible areas for future research include studying the large forces that suddenly dissipate when divers enter the water and the repetitive exposure to these forces, Jones concluded.

The report appears in the journal Current Sports Medicine Reports.