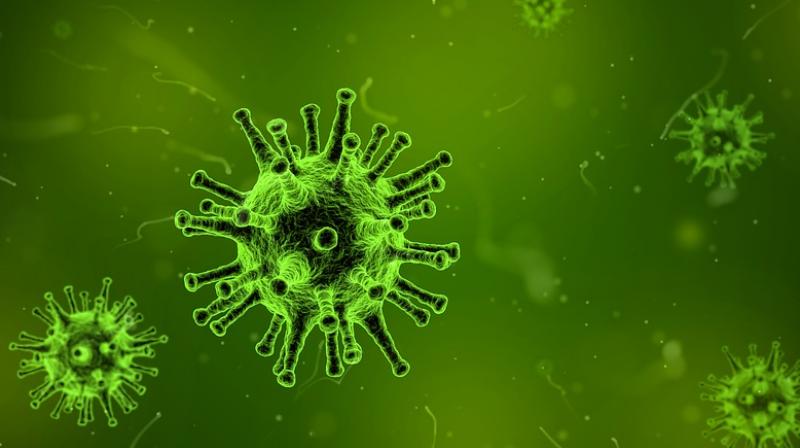 New Delhi: India topped the list of seven countries, accounting for 64 percent of the 10.4 million new tuberculosis (TB) cases worldwide in 2016, according to a new report by the World Health Organisation (WHO) on Tuesday.

India was followed by Indonesia, China, Philippines, Pakistan, Nigeria and South Africa, according to a Global TB Report 2017 released by the WHO. An estimated 1.7 million people died from TB in 2016, including nearly 400,000 people who were co-infected with HIV, recording a drop by 4 per cent as compared to 2015, the report said.

Also, India along with China and the Russia accounted for almost of half of the 490,000, multidrug-resistant TB (MDR-TB) cases registered in 2016. "Multidrug-resistant TB (MDR-TB) remains a public health crisis and a health security threat. The WHO estimates that there were 600, 000 new cases with resistance to rifampicin the most effective first-line drug, of which 490 000 had MDR- TB. "Almost half of these cases were in India, China and the Russian Federation," the statement said.

The report pointed out that though global efforts to combat tuberculosis (TB) have saved an estimated 53 million lives since 2000 and reduced the TB mortality rate by 37 percent,  the latest picture is grim as TB remains the top infectious killer in 2016. "TB is also the main cause of deaths related to antimicrobial resistance and the leading killer of people with HIV," the report states.

According to the report, underreporting and underdiagnosis of TB cases continues to be a challenge, especially in countries with large unregulated private sectors and weak health systems. Of the estimated 10.4 million new cases, only 6.3 million were detected and officially notified in 2016, leaving a gap of 4.1 million.

The report mentions that of the almost half a million reported cases of HIV-associated TB, 15 per cent were not on antiretroviral therapy (ART) as recommended by WHO. Most of the gaps related to HIV-associated TB were in the WHO African Region. TB preventive treatment is expanding in two priority risk groups - people living with HIV and children under 5 years.

However, most people eligible for TB preventive treatment are not accessing it. For TB care and prevention, investments in low- and middle-income countries fall almost US$ 2.3 billion short of the US$ 9.2 billion needed in 2017. In addition, at least an extra US$ 1.2 billion per year is required to accelerate the development of new vaccines, diagnostics, and medicines.

"Shortfalls in TB funding are one of the main reasons why progress is not fast enough to be on track to reach the end TB targets," said Dr Katherine Floyd, Coordinator of WHO's Monitoring and Evaluation Unit at the Global TB Programme. "We have a double challenge. More domestic funding is needed in middle-income countries, and more international donor support is needed to support low-income countries," Floyd said.

Ending the TB epidemic requires action beyond the health sector to address the risk factors and determinants of the disease. For the first time the Global TB Report presents results from a new multisectoral monitoring framework that identifies linkages with the TB epidemic across seven Sustainable Development Goals (SDGs). Analysis of the latest status of the indicators for the 30 high TB burden countries show that most will be challenged to reach SDG targets.