Now, the Royal Opera House has started to host productions on a large scale and Bal Gandharva Rang Mandir has opened in Bandra too. 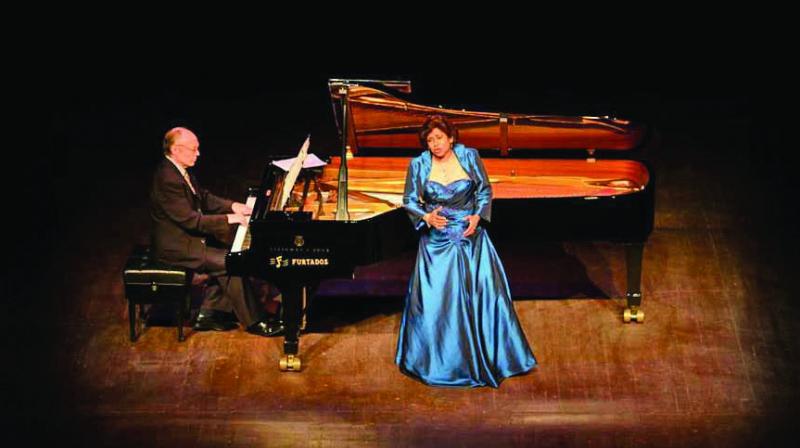 Matrimonio Segreto (The Secret Marriage) became the first opera to be staged at the Opera House in 2017. This ushered in a new era for theatre — one that will see many productions that cater to this historic venue.

With new and varied theatre spaces opening around the city, Mumbai will probably see a number of bold, experimental and large-scale plays, says Quasar Thakore-Padamsee.

Last year, the number of new performance spaces that opened up is really quite remarkable — especially in Mumbai. You have the Opera House, Tamasha, Harkat Studios, Overact, G58— and they’re tailored for all different sizes.

Now that’s something that you’d never expect in Mumbai. That is a big development, which took place throughout the year gone by. The creation of work will now start reflecting these spaces.

What always happens in the world of theatre is that you build a space and people start creating works for that theatre. When you build a small auditorium, you have a smaller production and when you have a big auditorium, the plays cater to that size. That’s going to happen a lot more now — interesting works in the performance space will come up. Some of the smaller spaces are just 40 square feet or 50 square feet — these places will have to have more experimental, interactive performances tailored to them.

Big productions, too, have had a boost through the 2017. While Mughal-e-Azam and Gandhi — a Musical are from 2016, they have had shows right up to the fag end of this year. This past year too, Balle Balle was done on a large scale and they did quite a few shows all throughout the year. We might see a lot more of that now. Disney might come up with another musical too.

I think that we’ll see the return of the big musical, or at least, the big spectacle. The year 2016 saw Beauty and the Beast and Gandhi, and I believe that that is just a small taste of what is to come. Now that these plays have been such huge successes, there will be more people doing these plays on a larger scale.  Overall, there will be theatre productions on both extremes — you’ll have really small-scale works and really massive ones.

Mumbai has, so far, only had some five or six premium theatres. Now, the Royal Opera House has started to host productions on a large scale and Bal Gandharva Rang Mandir has opened in Bandra too. These are brand new 600-seater auditoriums. Mumbai hasn’t had 600-seater spaces before. We’ve either had the small 200-300-seater spaces or we had the 800-seater spaces like Andrews or Sophias or NCPA’s Tata and Jamshed Bhaba Theatres. So, these absolutely intimate spaces which seat around 40 to 50, as well as the medium-sized spaces makes me wonder what kinds of theatre the city groups will come up with in the upcoming year. It’s sure to be interesting.