Music lovers were left spellbound, with Martin Garrix taking reins bringing back a sense of nostalgia with his famed tracks. 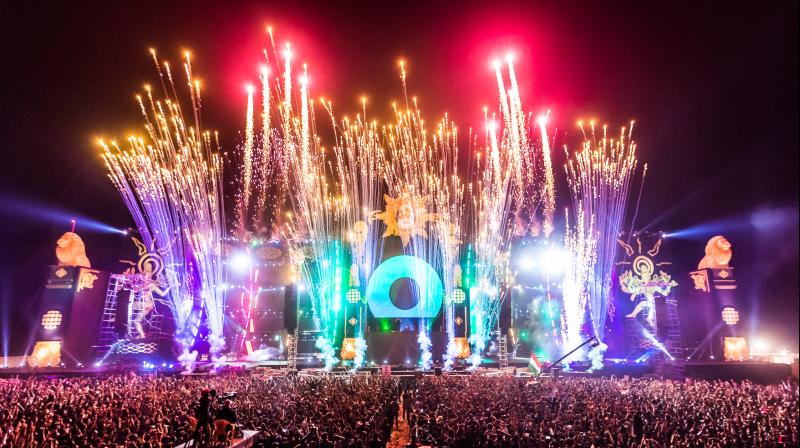 Event saw the audience getting in a more euphoric mood when the World No 1 DJ shouted out, “India is like second home to me.”

Pune: Sunburn brought in the New Year on a high note with celebrations continuing into the wee hours of dawn on January 1, 2018, as the 11the edition of the festival came to an end.

Music lovers were left spellbound, with Martin Garrix (Who earlier got the fans going with his techno beats as he took to the console with his trap / progressive avatar YATRM) taking reins bringing back a sense of nostalgia with famed tracks Animals and All for love. What got the audience in a more euphoric mood was when the World No 1 DJ shouted out, “India is like second home to me.”

Sunburn saw an electric atmosphere as the audience welcomed 2018 to the beats of Martin Garrix. The final day of the festival was an EDM bonanza for music lovers as they were treated with back-to-back performances by World Number one DJ Martin Garrix and World No. 9 DJ Afrojack.