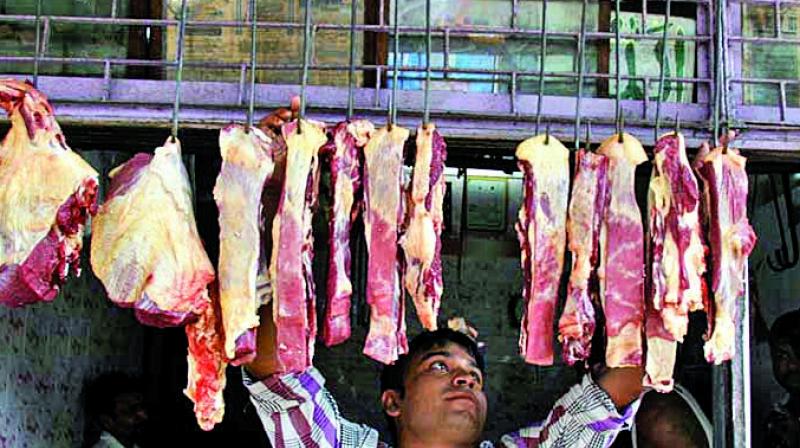 The resolution was moved by Raj Dutt and supported by Nandini Sharma, to “maintain hygiene and to respect people’s sentiments since not everyone eats non-vegetarian food.”

The South Delhi Municipal Corporate has reportedly passed a resolution that will prohibit shops and restaurants from displaying meat in the open. The leader of the house, Shikha Ray denied that it was a move to appease vegetarians, but instead said it was a matter of hygiene. However, the resolution was moved by Raj Dutt and supported by Nandini Sharma, to “maintain hygiene and to respect people’s sentiments since not everyone eats non-vegetarian food.”

We talk to social thinkers and ask them if this is a welcome move, or one that toes the line of ‘food policing’. Should display of vegetarian fare outside hotels also fall under this gamut?

‘Many feel decidedly queasy when we see dead animals being showcased as food products’
Smita Dugar, Celebrity Chef
I feel it is a move much appreciated. Our non-vegetarian friends should be very happy because they will be getting non-contaminated, hygienic food. Many meat eating  foodies also do not find their appetite stimulated by cuts of meat hanging all around. As for us vegetarians, all we can say is thank you! No offence to anyone, but many feel decidedly queasy when they see dead animals being showcased as food products. As for “food policing”, feel free to eat what you want, to each its own. There is no need for display. Vegetarian food again, for reasons of hygiene should not be displayed.

I am all for instituting strict rules of hygiene in the restaurant industry as I feel it is sorely lacking, and many restaurants flout rules and regulations, detrimental to their customers, and create a public health hazard. They must be taken to task for any such transgressions. But it is very hard to see the connection between this resolution and an overall concern for hygiene and public safety. The only way I can see this is as an attempt to directly appease a particular section of society at the commercial expense of others. I am very against this resolution and I hope it is defeated.

‘It is just like how a vegetarian chooses his/her vegetables in the market’
Shipra Chenji, Culinary Expert
I am a vegetarian myself. When it comes to hygiene and sanitation I think, as long as the hotels and market shops maintain I think it should be fine. If there are flies and blood on the meat, it is disturbing indeed even for a non-vegetarian. The quality and standards of the meat are important. But displaying them is not wrong. It is just like how a vegetarian chooses his/her veggies in the market. The vegetables are displayed and the customers get to choose what products they want. If the vegetarians feel uncomfortable, there can be area separation and meat can be kept separately in different streets where the vegetarians can choose not to go. But a display of raw materials like meat, help the cook get inspired by the way of cooking and the parts of the animal to cook.