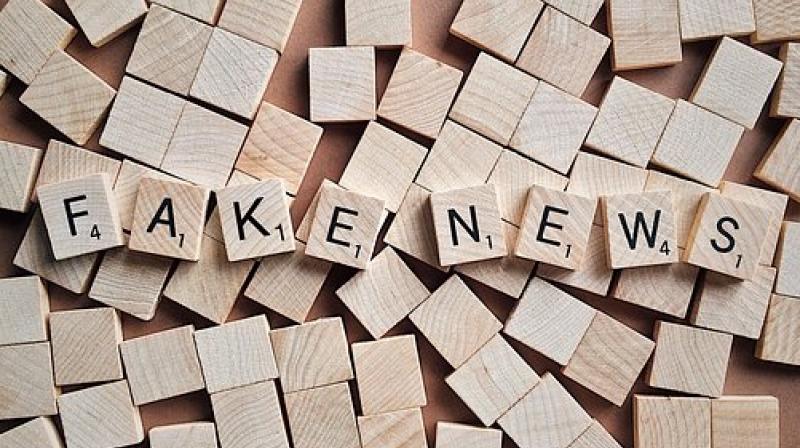 State lawmakers in America are pushing schools to put more emphasis on teaching students how to tell truth from lies. (Photo: Pixabay)

Alarmed by the proliferation of false content online, state lawmakers around the country are pushing schools to put more emphasis on teaching students how to tell fact from fiction.

Lawmakers in several states have introduced or passed bills calling on public school systems to do more to teach media literacy skills that they say are critical to democracy. The effort has been bipartisan but has received little attention despite successful legislation in Washington state, Connecticut, Rhode Island and New Mexico.

“I don’t think it’s a partisan issue to appreciate the importance of good information and the teaching of tools for navigating the information environment,” said Hans Zeiger, a Republican state senator in Washington who co-sponsored a bill that passed in his state earlier this year. “There is such a thing as an objective source versus other kinds of sources, and that’s an appropriate thing for schools to be teaching.”

Advocates say the K-12 curriculum has not kept pace with rapid changes in technology. Studies show many children spend hours every day online but struggle to comprehend the content that comes at them.

For years, they have pushed schools to incorporate media literacy — including the ability to evaluate and analyze sources of information — into lesson plans in civics, language arts, science and other subjects.

Their efforts started getting traction after the 2016 presidential election, which highlighted how even many adults can be fooled by false and misleading content peddled by agenda-driven domestic and foreign sources.

“Five years ago, it was difficult to get people to understand what we were doing and what we wanted to see happen in education and the skills students needed to learn,” said Michelle Ciulla Lipkin, executive director of the National Association for Media Literacy Education. “Now there is no question about the vitalness of this in classrooms.”

A study published last year by Stanford University researchers also brought the issue into focus. It warned that students from middle school to college were “easily duped” and ill-equipped to use reason with online information.

The researchers warned that “democracy is threatened by the ease at which disinformation about civic issues is allowed to spread and flourish.”

In June, Connecticut Gov. Dannel Malloy signed a bill establishing an advisory council to develop recommendations that will include instructing students on evaluating what they see and read online.

Jennifer Rocca, a high school librarian in Brookfield, Connecticut, was among several supporters who urged lawmakers to pass the legislation.

Her digital literacy course, a requirement for freshmen, challenges students to evaluate the credibility of online sources so they can spot falsehoods and biased information. She requires students to cite their sources when conducting research and explain why each would have the authority to be credible.

Without stronger statewide standards, Rocca said she worries that some school districts will not do enough to develop skills that are critical for students and society.

“You should be expected to navigate the internet and evaluate the information no matter where you go to school,” she said.

Many of the state bills are based on model legislation backed by a coalition of groups, including Media Literacy Now and the Digital Citizenship Institute. Advocates say the laws are a good first step that must be paired with updates to teacher education programs, funding for professional development and other changes throughout the education system.

The efforts have run into concerns about school funding shortfalls, and supporters say they are mindful of adding mandates on districts and teachers. That’s why the laws have so far stopped short of dictating changes and instead called for voluntary actions.

New Mexico Rep. Antonio “Moe” Maestas, D-Albuquerque, said media literacy is an elective in the state’s secondary schools curriculum — unlike financial literacy, which is required. He said he would like to see that changed in coming years and “intertwined throughout the entire curriculum regardless of what you are teaching.”

The new law in Washington requires the state school superintendent to create a website with links to successful media literacy practices. The office also must conduct a survey to understand how librarians, teachers, principals and technology directors are integrating those subjects into their curriculum.

Supporters are helping lawmakers in several states draft similar bills to be introduced in 2018.

“The combination of social media and misinformation really captured people’s awareness and attention in the last year,” said Erin McNeill, president of Media Literacy Now, a nonprofit based in Watertown, Massachusetts. “It took a long time to get media literacy into the public consciousness.”