Earth’s magnetic poles could flip, cause chaos and mass blackouts 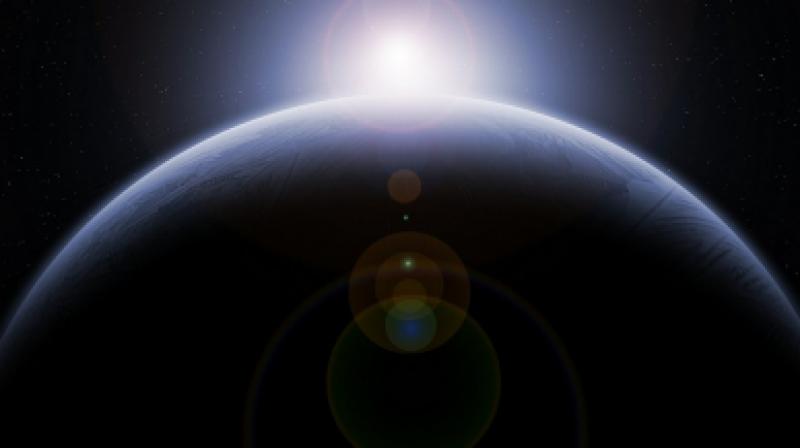 Experts warn change is extremely likely with magnetic field weakening by 15 per cent over two centuries.

A new study now finds that the Earth’s magnetic poles could flip, sparking chaos and making large parts of the planet uninhabitable.

Experts have warned that change is extremely likely with the magnetic field weakening by 15 per cent over 200 years.

According to an Undark report, the flip could cause devastating streams of particles from the sun, galactic cosmic rays and enhances UV B rays from radiation.

The report warned that satellite timing systems that govern electric grids could fail which could go on to cause a ripple effect that would shut off lights, computers and phones.

Researchers say that even flushing the toilet could become impossible.

The article shared concerns from Daniel Baker, director of the Laboratory for Atmospheric and Space Physics at the University of Colorado, Boulder, who warned "that parts of the planet will become uninhabitable during a reversal".

But the flip is now overdue - with the last change estimated to have occurred about 780,000 years ago.

Researchers have already spotted an "anomaly" beneath South Africa which could indicate this rare natural phenomenon is about to hit Earth.

They say that they don't know what the effects on Earth will be, but it's believed the flip could cause electricity grids to go haywire - which poses the risk of causing economic chaos around the world.

Some experts have even linked pole reversals to mass extinctions, because the reversal could cause dangerous particles to rain down on the planet.

It is believed the magnetic field flip could take place in the next 2,000 years.