She only settles for the best

This dynamic CEO was recently felicitated by an NGO for empowering women. 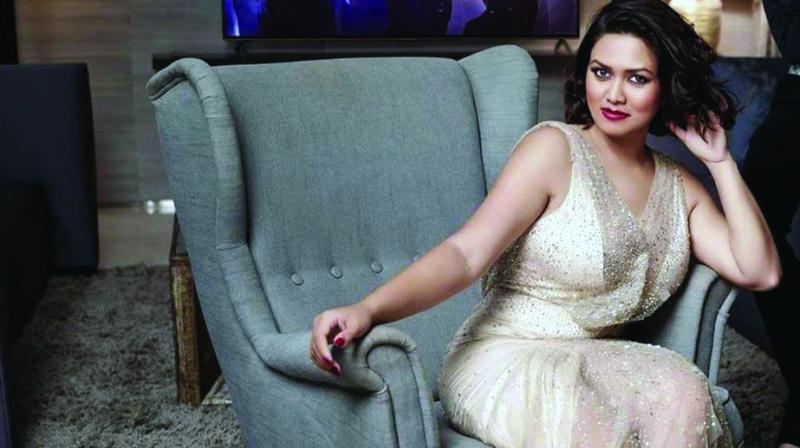 One of the names that must find its way in a list of women who have not just broken but shattered the glass ceiling is that of Devita Saraf. The CEO of Vu Televisions has not only been commended and awarded time and again for her excellence as a businesswoman helming a multimillion-dollar company, but has also put in much of her time and efforts in trying to empower women across the board.

It was for these endeavours that she was felicitated this month by Ahmedabad based not-for-profit, Yuva Unstoppable. While many marvel at her ability to juggle a business and her philanthropic endeavours so successfully, Devita herself finds it par for the course. “It is always a busy day for me and I love it that way! I enjoy working on a variety of subjects and meeting intelligent and interesting people to learn from, while growing my business into a 100 million dollar tech brand,” she smiles.

Her work now comes naturally to her, since she has grown up in a family steeped in business. Devita says, “I have been raised in an environment where the conversation around dinner time is about geo-politics, business ideas and new technologies. At the same time, we are a very tight-knit family and I feel incredibly supported by them in all my endeavours, which include moving to the US to study or starting my own company,” she recalls, adding that her business sense may come from her father but her outspoken nature is all thanks to her mother, who was an Economics professor before she was married.

Having had such a strong influence all her life, and having the supoort system while she built her own business empire, it is no wonder that Devita wants to give back that support to other women. “My work in women empowerment includes highlighting the importance of women entrepreneurship in the global economy through my public talks in several countries and highlighting the cultural norms we must overcome to tap the potential of incredibly smart but often, socially suppressed women. On a grassroot level, I have taught in municipal schools to understand why women are disadvantaged from a young age. Through my work at the Devita Saraf Foundation for Leadership and Empowerment, I want to create the right models, tools and insights for young women and men to plan their lives and careers in a planned manner which is true to their best potential,” she says, passionately.

All work and no play would make for a very dull life, however, and Devita takes full advantage of her travels to explore the countries that she visits for her work. “When I was speaking at Istanbul or Seoul, I would escape from the conference in the evenings and explore lesser-­known place in the city on my own to shop, absorb the local culture and even try a funky new haircut! Having been to over 50 countries, I am now looking for a new destination,” she laughs, adding that she also enjoys dabbling in dance and designing as hobbies when she isn’t neck-deep in work.

A successful woman with several awards under her belt, Devita encourages women to stop settling for less and to reach for the stars when it comes to career goals. She says, “Women don’t always take their careers as seriously because they feel they may have to leave it all once they “settle.” I do not believe in the concept of settling if you have the passion for work and talent that has potential. I would tell women to always put themselves first, because they are worth it!”