As the actor preps for Takht and three other real-life characters, we take a sneak peek at the actor’s plate. 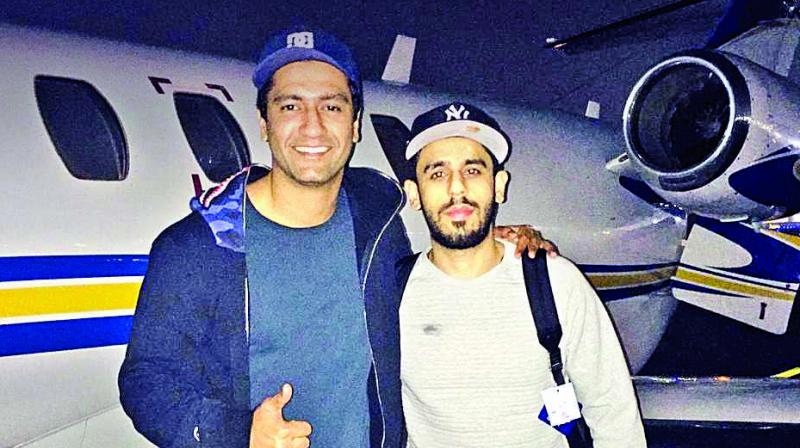 From undergoing early morning riding lessons for Takht to savouring plates of counted calories, the Punjabi boy has given up a lot to be in great shape.

After thrilling the audience with his latest film Bhoot, Vicky Kaushal has dived right into his next film, Karan Johar's magnum opus Takht where he is portarying the role of Aurangzeb.

While leaving no stone unturned to perfect the Mughal aesthetic, Kaushal is simultaneously prepping for other real life characters — The Immortal Ashwathama for director Aditya Dhar, the Sardar Udham Singh biopic for Shoojit Sircar, and Meghna Gulzar's film based on Field Marshal Sam Manekshaw. From undergoing early morning riding lessons for Takht to savouring plates of counted calories, the Punjabi boy has given up a lot to be in great shape. Helping him achieve his fitness goal is his private chef Akshay Arora, who monitors every calorie that he consumes.

Arora and his company Fuu Qin Nourishing, which includes Vanity Kitchen, that moves with actor’s vanity van in and around the city, has been working with Kaushal for close to five months. Arora along with his army of chefs decides the menu on a day-to-day basis, which is then shared on a WhatsApp group named Wolverine — which the actor is a part of — and is scrutinised for every tiny detail. With six meals a day, the actor is fed every three hours either with an elaborate meal or just smoothies.  “Generally, in the morning he has a mush, which is basically oats, mashed eggs, maple syrup, pumpkin seeds, fruits, and house-made almond butter. Then, depending on his schedule, if he has his horse riding class, we give him something that he can have on the go and doesn’t require heating, like a truffle chicken sandwich in a gluten-free in-house panini bread. Then his lunch and other snacks differ with different amounts of carbs and protein,” the 29-year-old reveals before quickly turning back to the kitchen counter, where his team is preparing sous vide Teriyaki chicken with rice for lunch.

“The chicken has been marinated for six hours, cooked in a water bath, and then char-grilled. It’s then topped with gravy made from chicken bones that has been cooked for 12 hours, making it dense in calories and nutrition. This is all for him to gain weight,” Arora shares about the meal, which is part of the calculated 6000-calorie diet that Kaushal has been put on. While the actor was initially put on a 4500 cal diet, his workout and schedules got harder leading to an icrease in calorie intake. The weight gain comes from pumpkin seeds, house made almond butter, sunflower seeds, chia seeds, fresh Antarctic salmon, cage free eggs, organic antibiotic free chicken, lamb, lentils, chickpeas,  millets, sweet potatoes, among others.

“He just came back from the shoot where he had to look like an 18-year-old and then a 30-year-old. For that, he had to lose 17-18 kg and then immediately gain weight. Now, he is going to shoot for Takht, so we have to plan it well. Since he is ectomorph, we have to be meticulous about his diet,” says the chef, who accompanied the actor to Russia and Amritsar where he was shooting for Sardar Udham Singh.

Arora informs that Kaushal has decided to go all-natural with no supplements, so his favourite cold-pressed juices are laced with palm sugar. “He loves cold press juices so we keep playing around that. On days his meals don't comprise of too many greens, we give him kale, pineapple, kiwi, mint and cucumber juice,” he reveals.

A desi at heart and a non-fussy eater, the actor loves his demi-glazed chicken, lamb, prawns and Mexican food. On days when Kaushal craves Indian food, Arora has a few healthy dishes up his sleeves — sous vide Tandoori chicken with makhani sauce, pickled beetroot, cucumber and onion.

In an effort to keep Kaushal’s meals interesting, Arora hasn't repeated any dishes all month, making about 180 dishes a month. “It is a constant effort for both of us. We put in things in his body that are very dense in nutrition and at the same time doesn’t make him look flabby. And he is one client who eats from Monday to Sunday and does not cheat,” he says.