A ‘Chakr’ that recycles pollution

A group of city-based engineers have created a device that uses soot emitted from diesel generators to create paint and ink — to fight air pollution. 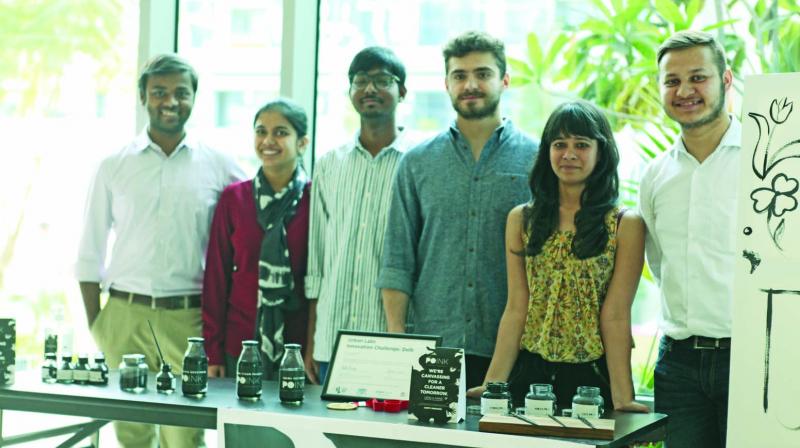 Delhi is gradually cementing its position as one of the most polluted cities. On many bad days, the national capital remains covered in a blanket of smog, and elevated particulate matter give us nightmares, apart from gifting respiratory ailments. But what’s the solution — wearing a costly mask or going to a hill station? Well, for three IIT Delhi alumni, who are also close buddies, these solutions were not long term and thus, they created a start-up that aimed at fighting pollution, head on.

About a year ago, Arpit Dhupar, Kushagra Srivastava and Prateek Sachan formed a start-up called ‘Chakr Innovation’, which uses a patented technology (Chakr shield) to convert diesel soot into ink and paint.

According to Kushagra, ever since their days in college, they all were interested in the same idea of working something on cleaning technology and something that could help fight pollution.

“It all started on a casual hangout, where Arpit wanted to gulp a glassful of his favourite sugarcane juice,” says Kushagra. While it might be an occurrence he has come across quite often, the black emission that came from diesel generator of the cane crusher grabbed Arpit’s attention, and he noticed the black patch they made on the wall. He wondered if that patch could be utilised as paint or ink, and thus, be a way to curb pollution.

Hence was born the idea of Chakr shield — which helped them win numerous accolades, including winning the University of Chicago Urban Labs India Challenge, 2016. 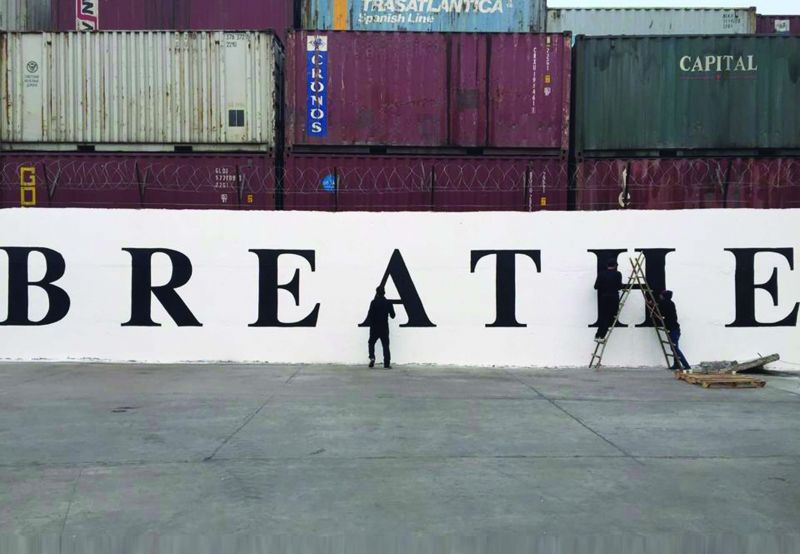 Anmol Khandelwal, the sales and marketing manager of the start-up tells how the Chakr shield actually works.

“It is a hardware machine which is attached to the exhaust system of diesel generators. The gas that is released from the exhaust comprises PM, sulphur and nitrogen oxides. The device works in a way that it captures these polluted gases. In the end, we add a solution to the gas which gives paint or ink as a by-product,” says Anmol, adding that this ink and paint can be used for various purposes like textile printing, paper printing, etc.

He says that the device has been helpful in curbing pollution to a great extent. “Results have been as efficient as 90 percent in curbing air pollution. Now, we are trying to work on the remaining 10 percent to lower down pollution levels.”

But, why the name ‘Chakr’ to a device that helps curb pollution?

“We call it Chakr because it’s a cyclic process, where we use pollutants to create ink and paint — which is a value-added product, created out of waste,” he explains.

Around 33 Chakr shields have been sold till now, in almost all places that use diesel generators in their premises, like factories or workplaces. While they also sell the ink or POINK (pollution ink) as a raw material, their primary focus is only diesel generators and the polluted gases they impart.

Talking about the services they provide, he says, “One just has to agree to install the device in their generators. After that, everything from the installation to the refilling of the solution and cleaning of the device is done by our team of 15 engineers.”

While their attempt of curbing pollution seems effective and innovative, Anmol says that convincing people about taking pollution seriously, is in itself a big challenge.

“This is a sort of ‘educational cost’ for our company. Even though our market is in the business-to-business sector, it still takes a lot of time and manpower to make people aware of the aftermath of air pollution, and why the device is helpful.”