A first-of-its-kind mixed gender game will be held after the World Cup to break gender stereotypes in cricket. 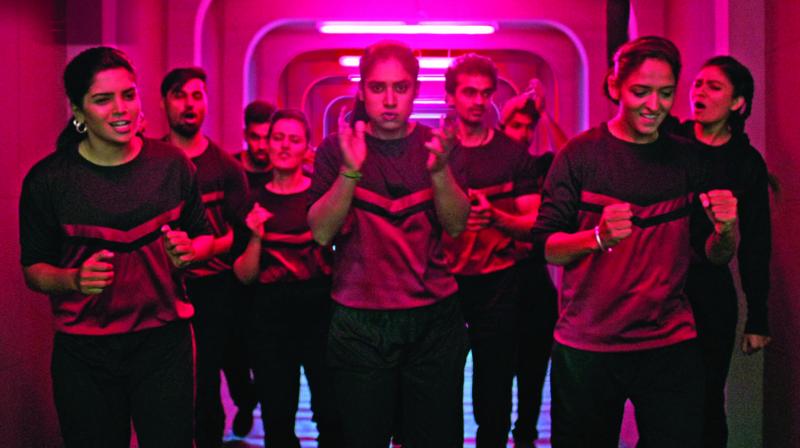 Mithali Raj is at the crease while Virat Kohli is at the other end of the pitch — what sounds like a dream team could actually turn out to be reality, thanks to the Royal Challenge Sports Drink#ChallengeAccepted campaign.  The first-of-its-kind mixed gender will see the biggest names in cricket like Harmanpreet Kaur, Veda Krishnamurthy and Mithali Raj get together with the likes of Virat Kohli and other RCB players to break gender-based stereotypes and promote equality in cricket. While women’s cricket has been receiving increased attention over the last few years, it’s nowhere near the overwhelming support that men’s cricket garners. Talking about the mixed gender match, Bengaluru girl and Indian cricket team member Veda Kirshnamurthy says, “It’s going to be exciting playing with AB de Villiers or Virat — if we can have a chat with them and understand the game the way they do, it’ll be great.”

India’s most celebrated women’s cricketer and national team captain Mithali Raj says, “A lot of people don’t realise that when we prepare for any big matches or national games, most of us train along with the boys. Even if we play for India, our practice games are usually played against the boys.

For us, it’s not something new, but yes, for the general public, it will be a new concept.When you play a match, there are so many interactions that happen on ground - I’m looking forward to it.”

India’s T20 captain Harmanpreet Kaur, who calls this a great concept says she’d love to play a game with Virender Sehwag. “As a kid, I always wanted to bat with him. Also, it’ll be an honour to play with cricketers like Virat and ABD.”

With the IPL being massively popular in the country, is it time for a women’s T20 league?” Yes, it’s very much needed. If you look at Australia and England, they’ve already been doing it. There’s a lot of improvement in the national side set up as well. The gap between domestic and international – that’s where IPL will come into play. We can explore more people to see if they can handle the pressure and do well at the international level. A lot of people at the IPL level have performed well and made it to their national squad. So, a league is needed to make sure the gap is smaller,” answers Veda.

Mithali, who’s been calling for a women’s T20 league feels it’s crucial to have one now that the following for women’s cricket has grown in leaps and bounds. “The team’s been doing well. We need to give people some push to look forward to various other than the international series which we play. We’ve seen how these leagues have helped Cricket Australia or ECB England when it comes to the domestic structure. It’s not just about BCCI taking the initiative, but more franchises need to come in to start a league. Maybe we could start off with three to four teams and then slowly take it to eight teams.”

Echoes Harmanpreet. “In the domestic circuit, we currently don’t have many live games. For the women, it’s usually a jump from the domestic to India level - so there’s not much experience in between.

If an IPL is introduced, domestic players can share the dressing room with international and other Indian players and get some good experience. It’ll be nice for them to play in front of crowd and under the cameras.”