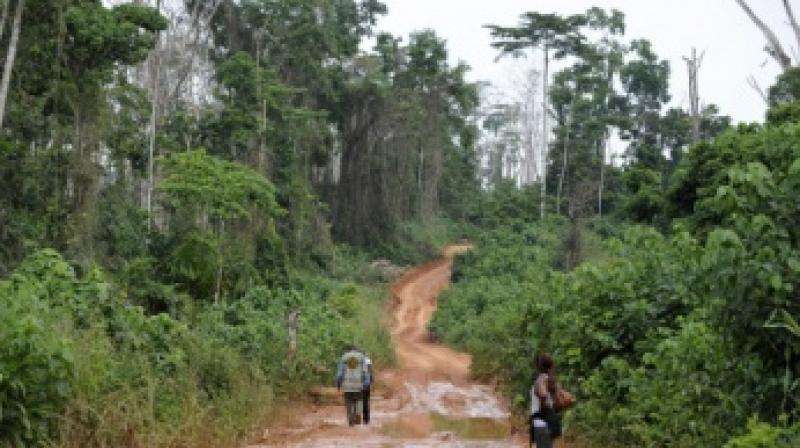 The study suggests some forests will lose their capacity to buffer climate extremes as water becomes limited at many sites (Photo: AFP)

Washington: Global warming may limit the capacity of forests to moderate climate extremes in the future, a study warns.

Forests, one of the most dominate ecosystems on Earth, harbour significant biodiversity. Scientists have become increasingly interested in how this diversity is enhanced by the sheltering microclimates produced by trees.

Researchers from University of Montana (UM) in the US suggest that a warming climate in the Pacific Northwest would lessen the capacity of many forest microclimates to moderate climate extremes in the future.

"Our work shows that the ability of forests to buffer climate extremes is dependent on canopy cover and local moisture availability - both of which are expected to change as the Earth warms," said Davis, lead author of the study published in Ecography: A Journal of Space and Time in Ecology.

Davis said many plants and animals that live in the understory of forests rely on the stable climate conditions found there.

The study suggests some forests will lose their capacity to buffer climate extremes as water becomes limited at many sites.

"Changes in water balance, combined with accelerating canopy losses due to increases in the frequency and severity of disturbance, will create many changes in the microclimate conditions of western US forests," Davis said.