Delving into the wild side

While many environmentalists have taken the charge to clean the mangroves Bittu believes that mangroves are the reason of city’s survival. 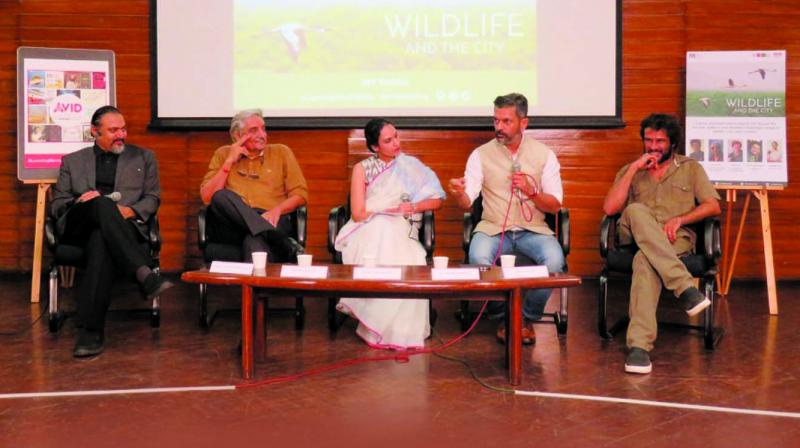 ‘Sanjay Gandhi National Park’, one of India’s largest parks within a city is home to more than 1,000 species of plants and animals, most significantly, leopards. But with the rapid urbanisation of the city and encroachment of forestland, there has been a rise of man-animal conflict in the recent years. A possibility of how the two can peacefully cohabit was the topic of discussion at National Gallery of Modern Art under the Multipolis Mumbai series that was organised by Ministry of Culture in collaboration with Avid Learning.

The Multipolis Mumbai: Wildlife and the City, moderated by Karanjeet Kaur discussed bio-diversity in an urban context and the way to reduce human-animal conflict in urban areas. But according to Dr Anish Andheria, President of Wildlife Conservation Trust, this man-animal conflict is man-made. “Human beings are compassionate towards wildlife but the perception that gets built up because of wrong science and wrong project clearances, is what creates these conflicts,” says the conservationist who believes that the interpretations will be positive if we talk more about human-wildlife interactions than the conflicts. Taking the case of rural India, Anish also points out that an animal survives there despite causing trouble to the residents but in big cities, if a dog bites someone, it is beaten to the death. “Perhaps we don’t have to teach resilience and tolerance to rural people as they already experience that every day. People in urban cities have to change their perception about animals,” he adds. 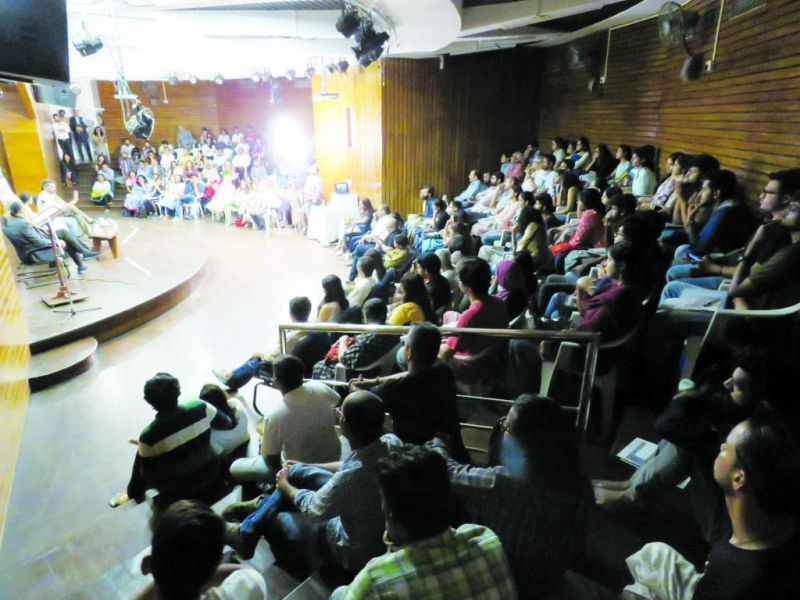 Audiance during question and answers session with the panel

His views are seconded by social activist Hans Dalal who believes human beings have misinterpreted wild animals for ages. “First of all tigers, leopards or big cats have been misunderstood rather than being considered as nature intended. They are punished just because they don’t take instructions,” asserts the activist. He also emphasises the natural response of animals when people come in their way. “If you come in their way they will attack in order to save themselves, but we humans don’t understand that and think that we are the greatest of all,” he rues. Hans draws the attention towards an illegal trade that is taking place due to lack of survival resources available to the forest communities. “There are ways in which poaching networks can be dismantled. There is always the idea of providing alternative employment opportunities to forest communities or those in close contact with wildlife, which can stem illegal trade,” informs the activist.

According to Kartick Satyanarayan, a wildlife conservationist and co-founder of Wildlife SOS who is closely associated with rescuing dancing bears, the implementation of elephant GPS tracing and the radio collars will stop human fatalities and increase tolerance towards elephants. He also informs that animals have amazing resilience and they find ways to survive. However, he feels that humans in urban areas are not doing enough for nature. “We should pose and think about our contributions to nature after using all the natural resources,” says Kartick emphasising how there’s no difference between a human being and a pig who also consumes, reprocess and dies just like a human. “If we as a human being don’t have anything to give back to retain and to reciprocate to nature’s generosity, we are not different than a suar,” he says firmly.

Therefore, the need to educate the young generation about their duties towards nature is more pressing than it has ever been “Educating school students about the issues faced by wildlife in the city will help in enhancing their awareness and sensitivity towards the animals,” says environmental activist and writer, Bittu Sahgal.

While many environmentalists have taken the charge to clean the mangroves Bittu believes that mangroves are the reason of city’s survival. “Mumbai would not survive as an economic city without our mangroves, maidans and open spaces which actually have dams under them. All of these are our vital forms of infrastructure,” he states.

While talking about Sanjay Gandhi National Park, the environmentalist brings the attention towards its importance in the city and understanding its fundamentals. “Its one thing to be in love with nature and another thing that ‘oh my god look we have got so much there’ feeling. We need to understand some fundamental thing,” he says. Bittu informs that the park used to produce 75 percent of all the water consumed in the city for the people at the time of Britishers. “Sanjay Gandhi National Park is not a jungle but an infrastructure,” he concludes.