An atypical way of learning

The Indian education system is a maze for most as it lacks proper guidance for children with special needs. 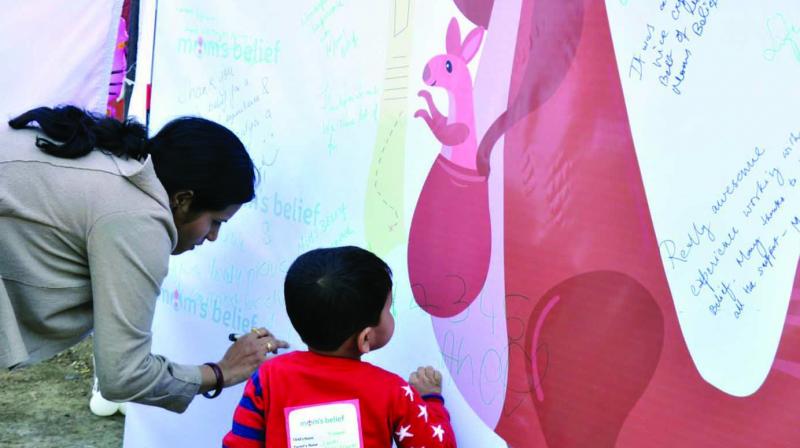 Being a parent and making choices for your child’s education is difficult. But when you’re the parent of a child with special needs, it can get even tougher. Statistics show in India, there are around 27 million people with special needs, out of a population of 1.2 billion. You might think that a number this high warrants a lot of special care and awareness for special kids. However, out of the 89% of special kids enrolled in primary schools, a record 80% drop out by the time they are eligible for secondary school. With the hope of spreading awareness regarding the same, a man from Delhi is on a lone mission to change the reality of education for children with special care in India.

When speaking about someone invested in bettering the pedagogical scenario of children with special needs, one does not really expect an entrepreneur to be the messiah, usually. With 15 years of experience of working in the corporate world, Nitin Bindlish, has come a long way to establish a startup, Mom’s Belief that empowers parents to support their children with special needs. Speaking about his corporate roots, Bindlish says, “Trained as a qualified chartered accountant, I have served as the CEO of Delhi-based Corona Dental Labs before launching Mom’s Belief.” He now considers himself a healthcare entrepreneur.

A parent of two neurotypical kids, it was when Bindlish discovered the statistics and stigma attached with children with special needs that he started realising the need to bring some changes to the current education scenario. “Our primary concern is to reach out to every parent who has a child with special needs and help them through a therapeutic approach, rather than the monetary benefit. We also serve parents who fall into the EWS category,” Bindlish shares.

The idea of Mom’s belief comes from the need to fulfill a void. Nitin elaborates, “In larger cities, parents may have access to professionals such as child psychologists, speech and language therapists, occupational therapists and special educators who can help their child. But these professionals typically don’t teach parents how they can help their child at home.” He considers this “a missed opportunity” as research has shown that with the right guidance and resources, parents can have a huge impact on a child’s development.

But, then what about those parents who hail from which lack digital access and monetary solvency? “For those parents who do not have access to Skype and cannot make video calls, we also have the option of providing complete training over a telephone. As a matter of fact, we have centers in Agra, Banaras, Bhatinda, and other tier-3 cities and many more are coming up,” answers the founder. Bindlish further adds, “In terms of cost, our monthly subscription fee is just 20 to 30 percent of the average therapy cost, which opens the door to segments that have traditionally lacked the paying capacity for regular therapy sessions.”

Nitin’s startup has supported well over 1,000+ families in 114 cities across India, as well as in the US, UK, and UAE.