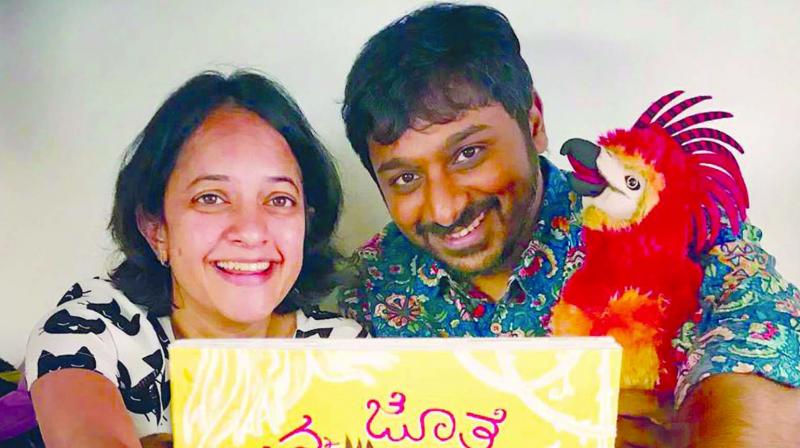 Contemporary artist and Bengalurean Raghava KK needs no introduction. While he’s made a splash in the art space; well-wishers awoke to a rather interesting piece of news recently: The launch of a children’s book, titled Will You Play With Me. The creativity expert (as his personal profile suggests) collaborated with conservation scientist Krithi K. Karanth for this book. It is illustrated by Raghava KK and additional illustrations are done by Prabha Mallya. The “explorers” latest offering sheds light on the importance of being informed and empathised. In a candid chat, he tells us more...

“The book arose out of a discovery that there are no quality children’s’ books on protecting and understanding wildlife. Children’s books are full of propaganda. We wanted a fun book that kids will enjoy. Krithi and I have been National Geographic Explorers. So we’ve always been passionate about topics around the same,” begins Raghava, who shuttles between New York and Bengaluru for the most part of the year.

The book will be translated in Kannada, Tamil, Malayalam and Marathi. Funded by a grant from Nat Geo, the book is produced by Kokachi. With 10,000 copies being distributed as complimentary copies in villages across Western Ghats; the intent is clear: to spread awareness especially among those who are often not given the leeway to get informed. Raghava and Krithi unveiled the Kannada version of the book at the recently concluded Bangalore Literature Festival. Elucidating, he adds, “The book  titled Will You Play With Me is about a baby macaque who asks all animals if they can play with him. The book changes when the kids take off the masks. All the animals start to play with the baby macaque. We’ve tried to keep the content relatable yet insightful at the same time.” The content of the book, which can be best described, as ‘learn while you play’ is very lucid and engaging. Raghava adds, “When the kids have the masks in their hands, they empathise with the animals. Each book comes with three masks, the book is interactive.”

While he’s pinned his hopes on making the younger generation more empathising by this whole concept; Raghava has his hands full with other interesting projects too. Speaking of which he says, “My brother and I are curating a futuristic exhibition. That aside, there are a few interesting art exhibits that I’d reveal about in the near future,” he concludes.