Man smeared peanut butter on his crotch, bulldog ripped it off

It turns out 22-year-old unnamed man is fighting for life after being discovered unconscious lying in pool of blood at flat in Scotland. 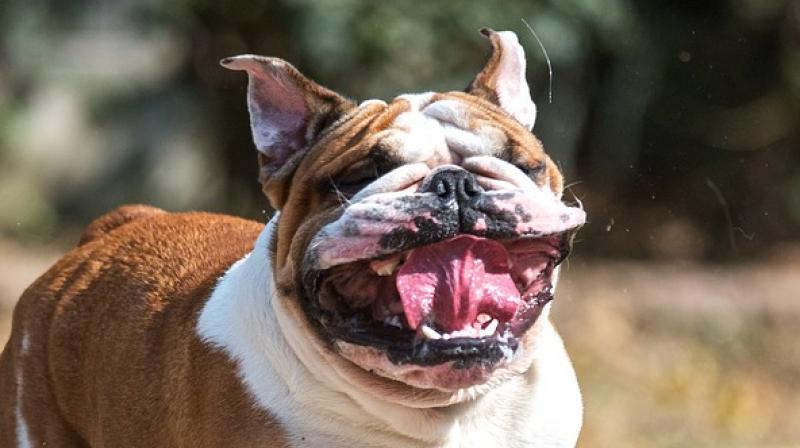 The man had been seen walking the dog in the days before the shocking incident and the dog was later put down. (Photo: Pixabay)

In a shocking revelation by The Sun, a man who had his genitals “ripped off and eaten” by a bulldog smeared his crotch in peanut butter before the attack.

It turns out that the 22-year-old unnamed man was fighting for life in a coma after being discovered unconscious lying in a pool of blood at his flat in Scotland last month.

According to repots, emergency crews raced to the scene in Haddington and discovered the man with sickening injuries.

He was rushed to the Edinburgh Royal Infirmary where medics worked around the clock to save him but his organs could not be re-attached after the horrific mauling.

While earlier it was believed that the victim had been pinned down by a pal during the ordeal, it is now understood that the man was alone with the dog, at the time, although others were present at the flat during the time of the incident.

According to The Sun, a disturbing revelation found that a police source told The Times he “applied peanut butter, or another food spread, to his crotch area” in the moments before he was savaged by the Old English bulldog.

The man, now conscious, is recovering in the Western General Hospital where he has been assisting police with their inquiries.

Cops confirmed nobody has been charged with any offence in relation to the incident.

The man had been seen walking the dog in the days before the shocking incident and the dog was later put down.

The owner of the dog had voluntarily allowed for it to be put down.