Wearing a message on the sleeves

Living in rich countries led Renuka Krishnan to create Teebags, reducing the use of plastic. 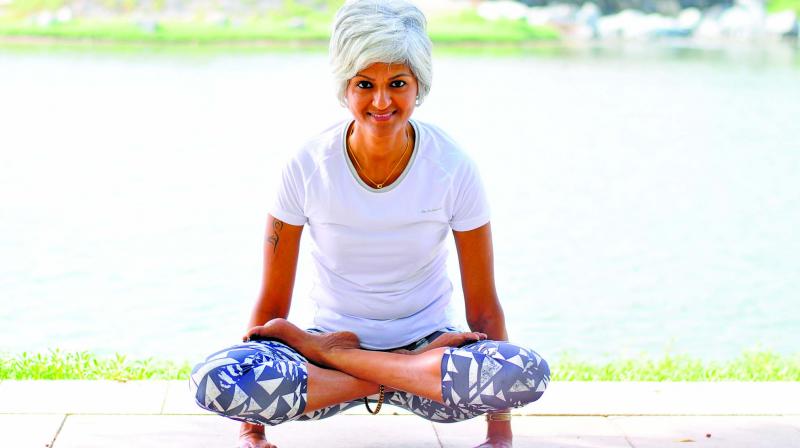 Renuka Krishnan has lived in some of the richest countries in the world — Singapore, New Zealand and the UAE. But then, among the riches, she noticed something sad — the high level of plastic bag usage. Nine years ago, something clicked inside her head and Renuka simply switched to reusable bags. She moved from New Zealand to Dubai and three years ago, found out a simple way to create bags out of the old T-shirts discarded by her teenage sons. ‘Teebags’ suddenly became popular and she has now volunteers to help her make them. Renuka, who belongs to Kochi and has lived in various cities across India, speaks of the story that took her to becoming not just an environment conscious woman, but the creative director of ‘The Jute Shack by Vapusha’, and a certified yoga, nutrition and wellness coach.

“I left Kochi 20 years ago and after marriage, lived in Mumbai, Indore and Delhi. In 2003, we moved to Singapore and in 2010 moved to Bangkok. From 2011 to 2014, we lived in Auckland. We have been in Dubai for the past two years,” she talks of her global journey. Once she had her two sons, Renuka felt that to pursue her dreams, she needed a fit body. “To pursue physical fitness, I joined Taekwondo along with my two sons and all three of us qualified as ‘Black Belts’. However, I was looking for something holistic and healing which led me to Yoga. Again, all three of us are certified yoga teachers,” says the happy mom. The family also turned vegan three years ago. 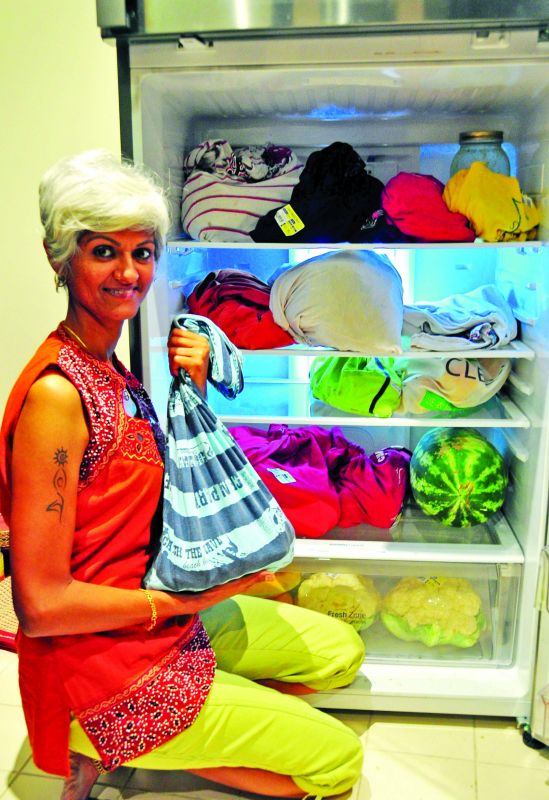 In all the countries she has been to, Renuka has tried to push for social causes. “The biggest challenge I face is people’s mindset. While we all know the importance of the 3Rs (Reduce, Reuse, Recycle), the 4th R is often neglected — REFUSE. It all starts from here,” she says of her journey to finding teebags. “I have been using Teebags to store fresh produce in the refrigerator. Very often, at the supermarkets, we are known as the ‘T-shirt family’. To get more people to use Teebags, I upcycle old t-shirts into bags, free of cost. A few volunteers have come forward to lend a hand in sewing and this is a growing initiative. This initiative started in September and till now, we have sewed over 300 teebags. I am trying to spread the word across different schools and create awareness campaigns at supermarkets all over Dubai.”

She would also love to see her home city of Kochi a plastic bag free one. “Ownership and commitment to society and your country of residence will make the Earth a better place to live in.”