Why your problem solving skills may sharpen with age

You may get better at creative problem solving as you age, new research suggests. 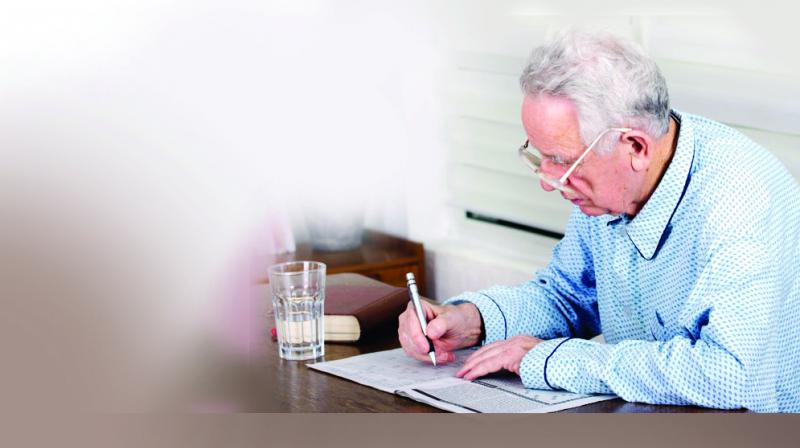 Scientists found that older adults’ ability to focus and avoid distraction was not as strong as that of young adults.

Researchers reviewed more than 100 studies on problem solving and aging that were conducted from 1960 to 2016, looking at both data on people’s behaviour and evidence from brain scans. The scientists found that, generally, older adults’ ability to focus and avoid distraction was not as strong as that of young adults’ — but that this in turn may help older adults to perform better on some creativity and problem-solving tasks.

The researchers were surprised at the strength of the findings that a lowered ability to focus and avoid distraction could improve people’s performance on tasks that require creativity, said Lynn Hasher, a co-author of the paper and a professor of psychology at the University of Toronto.

This is especially surprising, she said, because the ability to focus “has previously been seen as a basic requirement for success in learning,” she told Live Science.

The ability to focus does help people with some specific, goal-driven tasks, such as reading, the researchers said. For example, one study included in the review showed that, while reading, older adults were slowed down more than younger adults by the presence of certain words that were added to a passage in order to distract a reader. In addition, older adults had more trouble than younger adults in recalling key information they had read when distractors were present, according to that study, which was published in 2012 in the journal Experimental Aging Research.

However, the ability to focus does not help — and may actually hinder — people’s performance on tasks that require broader attention, Hasher and her colleagues concluded. For example, in a 2016 study, published in the journal Psychonomic Bulletin & Review, researchers gave participants a test in which they were shown pictures of faces with names superimposed over them. Although the study participants were instructed to ignore the names, the researchers tested the people on which names they remembered. Surprisingly, older participants were better at matching the faces to the names than the younger participants were, even though memory for faces and names tends to decline with age.

Another study, published in 2006 in the journal Psychology and Aging, similarly found that adults ages 60 to 75 had a better memory for “distractors” than young adults ages 18 to 30 did. In this study, participants looked at drawings with “distractor” words superimposed over them. Again, although the participants were instructed to ignore the words, the researchers tested them on whether they remembered the words. Results showed that the older participants outperformed their younger counterparts.

Together, these studies suggest that although young adults may be better at disregarding distracting information, they later have poorer recall of this information.