Bengaluru girl Nirupa Rao has been awarded the Young Explorer’s Grant to pursue her calling. 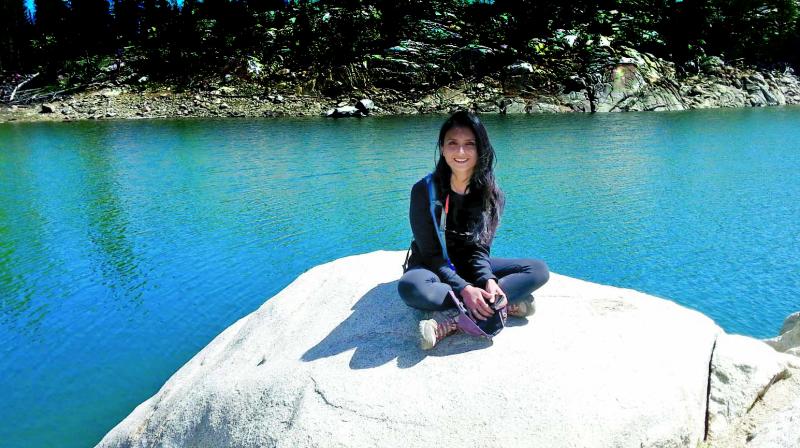 She’s a fervent illustrator, with a passion for all things botanical. Thanks to her talent and interest, 26-year-old Nirupa Rao has been awarded the National Geographic Young Explorer’s Grant. Talking about how she bagged it, Nirupa says, “I applied for the grant last year. The grant funds individuals aged between 18 and 25 years, who are working in some way to understand and improve the natural world — from archaeologists and anthropologists, to ecologists and conservationists and anything in between.

For a few years now, I’ve been pursuing the art of botanical illustration, and wanted to apply it to Indian plant species. As a medium that lies somewhere between art and science, it’s a wonderful way to draw peoples’ attention to a subject that they wouldn’t otherwise be very interested in.”

Nirupa now intends to take her passion forward by creating a book that can open the minds of young Indian children to the magical world of plants that exist in our own ‘backyard’, the Western Ghats. She will be working on the project with her botanist cousin, Siddarth Machado, her sister, Suniti Rao and award-winning photographer Prasenjeet Yadav. “It’s really encouraging that National Geographic has recognised the potential of the medium by supporting this book of Indian botanical paintings. Featuring the weird and the wacky, the carnivorous and the parasitic, the poisonous, the stinky and the unimaginably valuable, it aims to be the Charlie and the Chocolate Factory of the plant kingdom,” she reveals.

A Bengaluru girl, who did some of her schooling in Singapore and went to university in the UK, Nirupa has studied a range of subjects, from art and art history, to sociology and politics. “I had a short stint with the Children’s Department at Bloomsbury Publishers in London – the same department that published the likes of Harry Potter  and I was so completely in awe of how they managed to make educational content so magical. Since then, I’ve longed to create content like that for an Indian context. I have been drawing for as long as I can remember,” she says.

Coming from a family of botanists and plant lovers, the illustrator opines that the  secret lives of plants are most often overlooked. “Plants often trick or deceive in order to attract pollinators, sometimes by emitting rotten smells that flies are drawn toward, or sometimes by bearing flowers that resemble bees! There is a wealth of incredible books on animals, but the same is not true of plants. We’d love for Indian children to be able to name their favourite tree or flower as easily as they can name their favourite animal,” says the artist, who wants to write her book in rhyme as she wants to make it fun and accessible.