Find out why a cat's purr is good for you

Cat’s purr is not as simple as a human smiling or a dog wagging its tail, it is way more complicated than that. 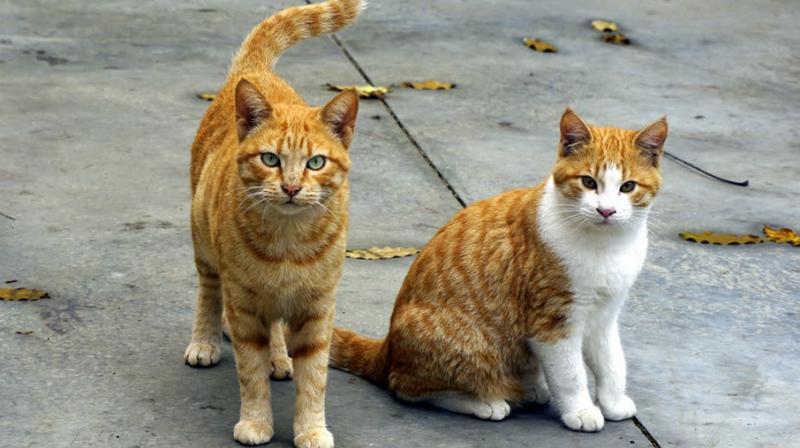 Low frequency of a cat's purr causes a series of vibrations inside their body that can ease breathing, heal injuries and build muscle. (Photo: Pexels)

The revelations were made to The Independent by pet nutritionists Purina.

According to studies, purring is not only a method of communication, but is also a defence mechanism and a way to keep calm in stressful or painful situations, such as when visiting veterinarians or while giving birth.

Since kittens are born blind and deaf, they require vibrations from purring to communicate with their mother and littermates.

According to Purina, low frequency of a cat's purr causes a series of vibrations inside their body that can ease breathing, heal injuries and build muscle, while acting as a form of pain relief.

Apparently there are health benefits for owners as well. Cat owners are at 40 per cent lower risk of a heart attack lower blood pressure after interacting with cats and hearing their soft purrs.

Interestingly, cats that purr can’t roar, and cats that roar can’t purr, because of the small bone found inside the vocal cords, which in roaring cats, is a flexible bone.

Researchers have also identified a new purr called the ‘solicitation purr,’ which alters the normal purr into a more urgent ‘cry-like’ sound, which is similar to that of a crying baby, so that we instinctively want to help.

In fact, beyond just purrs there are thought to be about about 16 sound patterns in the cat lexicon, including meows, hisses and shrieks to convey aggression.