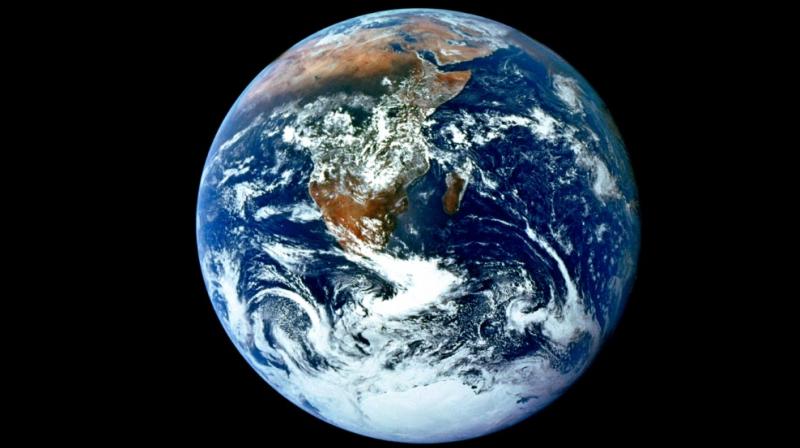 The research team studied projections from 27 global climate models and identified areas of the world where aridity will substantially change. (Photo: AFP)

A new study now says that an increase of just 2°C in global temperatures could make the world turn drier and more desert-like.

According to the study, the weather change would see more than a quarter of the world's land surface, home to more than 1.5 billion people, becoming more arid with droughts and wildfires becoming more prevalent.

However, researchers suggest that limiting global warming to 1.5°C (2.7°F) would dramatically reduce the percentage of the Earth's surface affected.

Dr Manoj Joshi from the University of East Anglia's School of Environmental Sciences and one of the study's co-authors said that aridification would emerge over 20 to 30 per cent of the world's land surface by the time the global temperature change reaches 2ºC (3.6ºF)'.

The research team studied projections from 27 global climate models and identified areas of the world where aridity will substantially change.

According to the team, the areas most affected areas are parts of South East Asia, Southern Europe, Southern Africa, Central America and Southern Australia.

The study looked at the current rate of  global temperature increase and compared it to data from before the industrial revolution and found that the world has already warmed by 1°C (1.8°F) since then.

Dr Chang-Eui Park, a co-author of the study from the Southern University of Science and Technology in China said another way to look at the potential changes is as a 'continuous moderate drought'.

Incidentally, the Paris Agreement, which was first signed in 2015, it is an international agreement to control climate change and hopes to hold the increase in the global average temperature to well below 2°C (3.6ºF) 'and to pursue efforts to limit the temperature increase to 1.5°C (2.7°F)'.