Life   More Features  02 Jan 2018  These are the things Markle will be banned from doing after marrying Prince Harry
Life, More Features

From clicking selfies, voting and going out alone, here are things that the actress will not be allowed to do anymore. 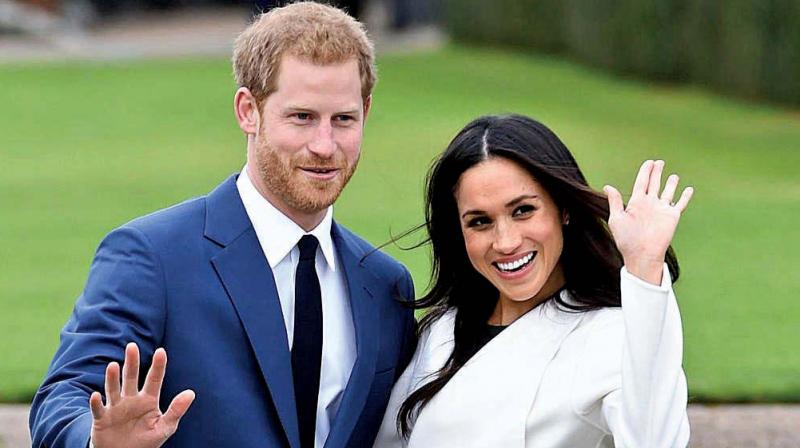 Prince Harry and his fiancee Meghan Markle’s are slated to get married in May.

Life for Meghan Markle will undergo a sea change as soon as she ties the knot with Prince Harry.

For one, she will not be allowed to click selfies. As the wedding day approaches, the former Suits star will be getting to grips with the strict rules that come with being a member of the royal family.

Here are some of the things that Meghan may have to quit.

Selfies: According to The Mirror, Meghan has already been prohibited from doing them, and told a couple in Nottingham “we’re not allowed to do selfies”.

The Queen is apparently not a fan of selfie-photos, and former US ambassador Matthew Barzun told Tatler magazine in 2014 that she finds them “disconcerting” and “strange”.

Freedom to go out in public alone: She will have to get used to being surrounded by top security at all times. Heading out for a jog in the park by herself will have to be a memory of the past.

Social media: In the last few years, Meghan has racked up three million followers on Instagram and used to regularly post images from her day to day life. However, since announcing that she was shutting down her website The Tig in April 2017, she hasn’t posted anything on Instagram.

In all probability, Meghan will join Harry, Kate, and Will on the Kensington Royal social media accounts that updates the public with their charities.

In fact, it was on the official account that Meghan and Harry posted their engagement shots and revealed their wedding date.

Vote: Meghan will be applying for British citizenship ahead of the wedding, but that doesn’t mean she’ll get to vote in elections. According to the parliament website: “Although not prohibited by law, it is considered unconstitutional for the Monarch to vote in an election.” This may apply directly to the Queen, but the royal family are said to all abide by this.

Wearing dark nail varnish: The Duchess of Cambridge and the Queen are always pictured with au naturel nails, and there is strict reason for this. According to OK! magazine, coloured nail varnish and fake nails are not part of the royal etiquette, and are typically considered to be “vulgar”.

Sign autographs: No member of the royal family will give you an autograph as royal protocol bans them from scribbling their signature for other people. It has been reported that when Prince Charles is asked for his signature he always responds: "Sorry, they don't allow me to do that."

Short hem lines: The Queen is known to disapprove of hems rising over an inch or two above the knee.