Top actresses tweeted to register their participation in the fight against harassment faced by women at the workplace. 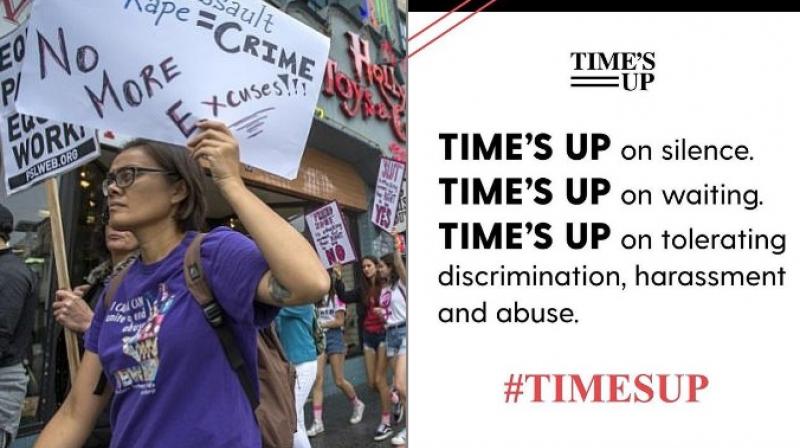 Sexual harassment and casual sexism that women face in day to day life in public spaces and at the workplace have plagued society for ages. But 2017 came as a year when women across the globe decided to take the issue head on as they shared horrifying accounts of when they faced sexual harassment on the internet.

#Metoo started with women revealing incidents of sexual assault in different spheres of society including the academia. The initiative triggered a storm when women started naming perpetrators leading to a heated debate and Hollywood felt the heat with several artists and media professionals accusing prominent names including the likes of Harvey Weinstein and actor Kevin Spacey of sexual assault.

Now women in the industry have started another phenomenon in the new year with #TimesUp that aims to hit back at sexual harassment not just in the entertainment industry but across all sectors. As hundreds of actresses, directors and leaders in the industry came together to confront the problem existing from movie sets to boardrooms, women from different professional backgrounds took to Twitter to express their support.

Let’s all make this resolution for the year: No more accepting sexual harassment and inequality at work as normal. It's NOT normal. #TIMESUP https://t.co/9rALVc9xBI pic.twitter.com/WOhGnCLTDK

Times Up on Silence.
Times Up on Waiting. Times Up on tolerating discrimination, harassment and abuse. #TIMESUP pic.twitter.com/CJdXDFQoIg

I stand with women across every industry to say #TIMESUP on abuse, harassment, marginalization and underrepresentation. Join me! Sign the statement of solidarity & donate to the @TIMESUPNW Legal Defense Fund: https://t.co/tp9YDjZ0qw pic.twitter.com/KW2b5BGgbX

I stand with ALL WOMEN across every industry to say #TIMESUP on abuse, harassment, marginalization and underrepresentation. Join me! Sign the statement of solidarity & donate to the @TIMESUPNW Legal Defense Fund: https://t.co/7FofMhTaUJ pic.twitter.com/vEB3jYCRgD

I stand with women across every industry to say #TIMESUP on abuse, harassment, marginalization and underrepresentation. Join me! Sign the statement of solidarity & donate to the @TIMESUPNW Legal Defense Fund: https://t.co/Lw3po9Pg8Q pic.twitter.com/e2cCOyL424

To every sexual harasser, assaulter, abuser in the workplace.

I stand with women across every industry to say #TIMESUP on abuse, harassment, marginalization, and underrepresentation. Join me: https://t.co/Kky09bQvUP pic.twitter.com/tnHAkKYnxP

Proud and grateful for super women who launched #TIMESUP to support sisters in Hollywood and in our fields, factories, hospitals, hotels, restaurants and everywhere women labor for little and put themselves at risk to provide for their loved ones. https://t.co/Y5pMwtKNdG

Myself and @CCriadoPerez and some others are currently working to set this up in the UK as well. Watch this space. #TIMESUP https://t.co/0Z2Ntk3hGm

2018 you are looking so good and it's only been one day 🔥 #TimesUp https://t.co/dDynoVpEgo

Although there were some who did find reasons to criticise the initiative, such support for a movement to end sexual harassment at the workplace is definitely a big step forward in the right direction.