This buffalo from Uttar Pradesh earns 50 lakh from its semen 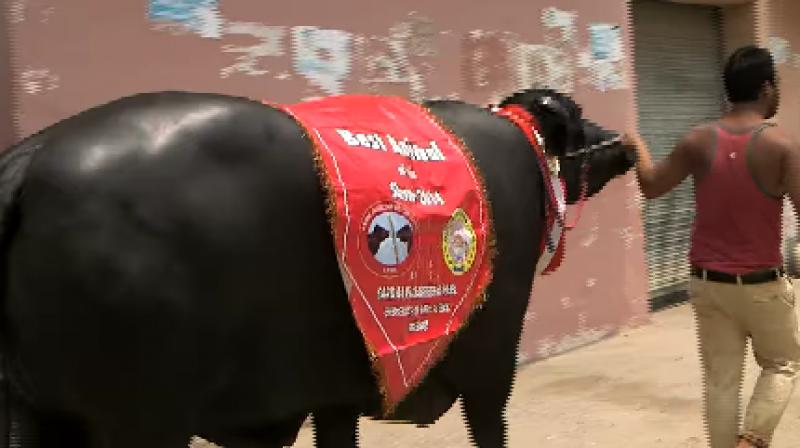 Breeding animals is quite a task because they have to be taken good care of so that make good profit for breeders. A buffalo in Uttar Pradesh has made quite a name at the ongoing Gramodaya Mela because of both the amount he was sold for and his semen.

According to a media report, the buffalo called Yuvraj from the Chitrakoot district has quite a reputation among the locals and that has fetched him a price. The nine-year-old buffalo was sold for a whopping Rs 9.25 crore while being 1,500 kilos, 11.5 feet long and 5.8 feet tall. The buffalo previously owned by Karamveer Singh said he was like a ‘family member’ and spends almost Rs 3,000 – Rs 4,000 per day on his diet.

Interestingly, Yuvraj also gives semen that is more valuable than most things you would imagine. A single ejaculation from the buffalo generates between 10-14 ml of semen, which is then diluted scientifically to make 700 to 900 doses to be used.