Here are women who could be Meghan's maid of honour

Bookies’ hot favourite is star’s best friend, Canadian stylist Jessica Mulroney, and she’s not the only one in running. 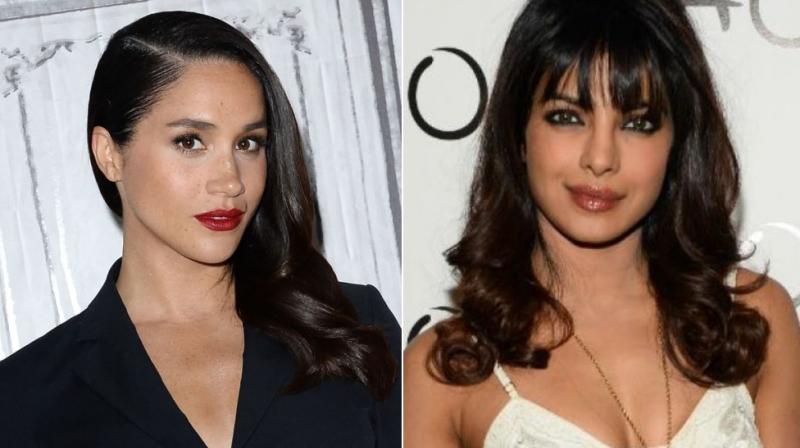 The bookies’ hot favourite has been announced as the star’s best friend, Canadian stylist Jessica Mulroney, and she’s not the only one in the running.

While Meghan is said to have already chosen her maid of honour ahead of her May 19 wedding, she had, so far, remained tight-lipped about who has been officially asked.

From her actress pals to her long-time best friends, Meghan has a long list of people she could have chosen from.

Here are the possible choices:

Jessica Mulroney: The 37-year old, sources say is one of Meghan’s closest friends, “who has stood by her for many years before meeting Harry”.

When Meghan was active on Instagram, her page was full of snaps of the pair of them looking like two peas in a pod. The pals grew close in Toronto when Meghan was filming Suits, and the pair even went on holiday to Italy together in 2016.

Jessica is believed to have been employed by Meghan three years ago, and has also styled the likes of Canadian PM Justin Trudeau’s wife Sophie.

Jessica’s daughter Ivy, four, is also thought to have been picked for a flower girl role.

Priyanka Chopra: Another of Meghan’s close allies is Indian actress Priyanka Chopra. In an interview, Chopra had revealed that they had bonded as actors and became friends. The two first met at a dinner celebrating women in television, and often share snaps of their evenings out together on Instagram. In fact, Priyanka has also hit out at Meghan becoming known solely as ‘Harry’s girlfriend’.

Sarah Rafferty: Fans of Suits will be delighted that Meghan’s co-star Sarah Rafferty, 45, who plays Donna Paulsen in the US legal drama, could be up for prestigious honour.

In the past, Sarah has been described by Meghan as "not just my Suits sister wife, but my sister". Sounds very close!

Janina Gavankar: Another actress Meghan has a strong bond with is Janina Gavankar, 37. She is popular as the brunette beauty from teen hits True Blood and Vampire Diaries.

Kate Middleton: Future sister-in-law Kate Middleton is also in the running, although some people have cast double over whether she will take chief bridesmaid role. However, Kate's status as a married woman also rules her out of being both a bridesmaid and a maid of honour. This is because both roles that are traditionally reserved for single ladies.