On World Autism Awareness Day, the iconic city buildings are lighting up in blue to create awareness about the neuro-development disorder. 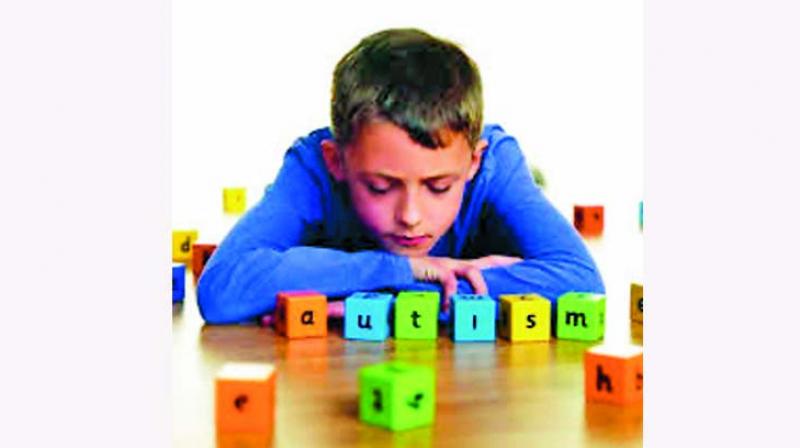 Children with autism struggle to form relationships and may have obsessive and repetitive behaviours.

As more than 18,000 buildings and iconic landmarks across the world will be light up in blue on the World Autism Awareness Day today, 12 of the well-known buildings and heritage structures in the city will also join the league to create awareness about the neurodevelopment disorder. From the Royal Opera House at Charni Road to the Gateway of India and Taj Mahal Hotel at Apollo Bandar, the city skyline will sure be a vision in blue, joining the global campaign Light It Up Blue to create awareness about autism.

Making this contribution possible, the Ummeed Child Development Centre, an NGO that has been helping children with developmental disabilities has been a dedicated force in the city to provide developmental support to the children and their parents. “We want to drive public attention towards autism and what it looks like and its acceptance,” says Dr Koyeli Sengupta, a Developmental Paediatrician and Director of the Autism Intervention at the NGO about the Light It Up Blue campaign.

At the early ages when children start to acquire language skills, reciprocity, and interest in interaction with their peers, the children with the said condition either do not develop the skills or develop it differently. Revealing some of the common observation, the doctor illustrates, “For instance, parents may say early on that my child can hear perfectly well, but does not seem to respond when I call his/her name or is not paying attention. Some may even observe that in rhyme and poems, they are not saying the first words, or requesting for their things with spontaneous words. Parents may notice that their children are not interested in looking at faces, but more in the things around the environment, which often goes on to be called as the lack of eye contact.”

According to Centres for Disease Control and Prevention, Atlanta, as many as one in 59 kids are likely to suffer from autism, and for the reasons unknown, the overall number of people suffering from the condition has been increasing. While India, for the longest, did not have any specific research done, a study published last year quoted the numbers to be one in 100 children in India, informs Dr Sengupta. While the numbers are staggering, the bigger problem is that many children remain undiagnosed.

“The signs of autism can be manifested quite early, and it can be easily diagnosed as early as two years of life.  Many children are not getting diagnosed that early because parents either hesitate to get the diagnosis, or are convinced by others to not worry, and so children end up getting diagnosed only as late as four years of age. By then, the crucial time is lost in which the intervention could have helped the child to acquire skills that he/she is struggling to acquire,” informs Dr Sengupta.

Since the lack of adequate awareness may be responsible for the lack of diagnosis, the children become increasingly susceptible to becoming a subject of stigma and bullying from family and peers as they grow old.

After the diagnosis, the therapies are available for the children and their parents as a part of the autism intervention programs. As the children have difficulty in understanding and expressing themselves through the verbal and non-verbal communication mediums among others, the interventions help in developing such core deficits. “The interventions then focus on communication and teaches them how to express themselves better through gestures and language and make them understand and follow more instructions, engage with others, pay attention and develop more attention skills,” Dr Sengupta elaborates.

At Ummeed, along with personal trainingwith the young kids through various play activities, the parents are also trained in coaching the kids at home. “We train parents of young children in how to create opportunities around them. If the child loves his top or toy train, then how do you keep it out of reach so the child shows an interest in asking for it and it allows the parent to say, ‘oh train’ and thereby building the child’s language. And so you have to build on the child’s likes and motivations,” illustrates the doctor.