Who's a Good Boy? Research suggests wolves, and not dogs, apparently. 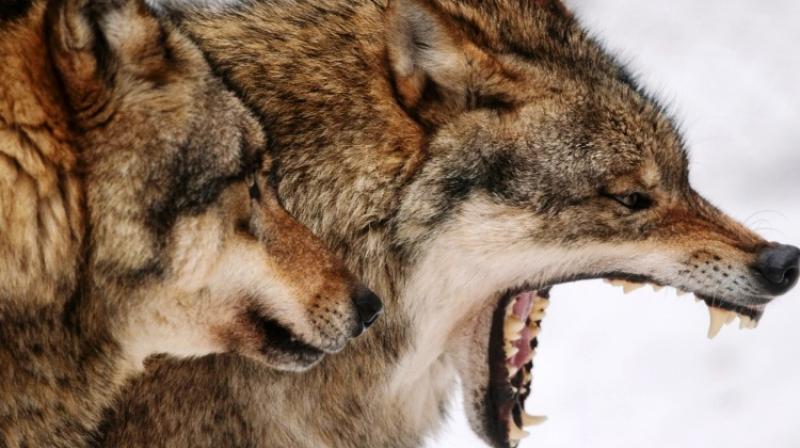 Over multiple trials, wolves opted to deliver food to members of their own pack, knowing they would not get anything in return but lost interest if they were shown an unfamiliar wolf. (Photo: AP)

Washington: If you're looking for a word to describe your adorable pet pup, "selfish" might not top the list.

But a new study published Wednesday in the journal PLOS ONE suggests Fido's reputation for being caring is all a ruse, at least if you're a fellow dog. A series of touch screen experiments carried out by the Wolf Science Center in Vienna, Austria, found that wolves make for more selfless pack mates than dogs who were also raised in groups.

The study's authors say the findings suggest domestic dogs inherited their cooperative tendencies from their fierce wolf ancestors, rather than through their contact with human beings, a competing hypothesis.

Researchers trained the animals to use their snouts to press a "giving" symbol on a screen that delivered food to an adjacent enclosure, where a fellow animal may or may not be present.

Over multiple trials, wolves opted to deliver food to members of their own pack, knowing they would not get anything in return but lost interest if they were shown an unfamiliar wolf.

Dogs, on the other hand, showed no particular inclination to feed other dogs when no personal payoff was involved, regardless of whether they knew them or not. "This study shows that domestication did not necessarily make dogs more pro-social," said lead author Rachel Dale.

"Rather, it seems that tolerance and generosity towards group members help to produce high levels of cooperation, as seen in wolves." But don't write off your pooch just yet. The authors cautioned against applying the results of an experiment carried out on pack dogs to pet dogs, who have been found to have pro-social tendencies in past studies.

The researchers believe those behaviours could be the result of training or encouragement, and say more research is needed to determine what accounts for the differences.