The two-year-old dog was struck near her home in Witham, Essex, and rescued by the driver who hauled the train to a stop. 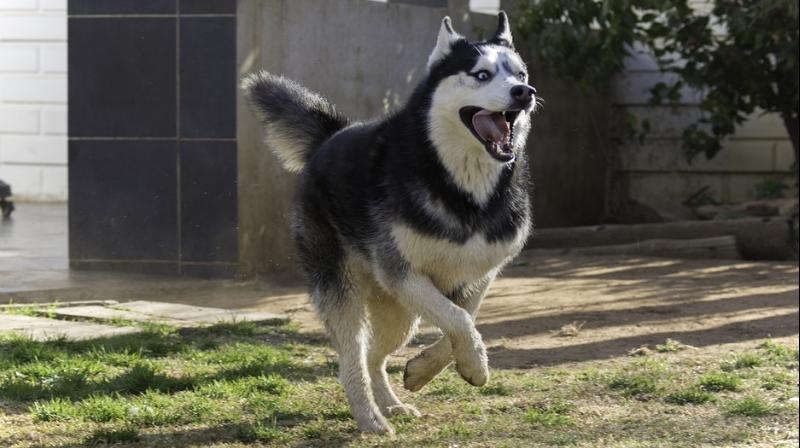 Her owner Lisa Brady has started a crowdfunding campaign to cover the ongoing medical bills which have already topped £10,000. (Representational Image/ Pixabay)

A Siberian husky that was hit by a train has made a stunning recovery despite suffering horrific facial injuries which could have killed her.

The two-year-old dog was struck near her home in Witham, Essex, and rescued by the driver who hauled the train to a stop.

He put poor Sky on the carriage with him to Colchester station where British Transport Police arranged for a pet ambulance to take her to a vets.

The skin on the right hand side of Sky's face, from the edge of her lip to her neck, including the ear had been torn away from the underlying tissue and her other injuries included a fractured cheekbone and lower jawbone.

Her injuries were so severe that vets were unable to operate on her for a week after the incident.

But just a week after her operation, Sky's stitches were removed and her family took her home.

She is now recovering but her owner Lisa Brady has started a crowdfunding campaign to cover the ongoing medical bills which have already topped £10,000.

Speaking to MailOnline, Lisa said that they are going to sell their car to cover the bulk of the treatment but there are other bills to attend.

Sky was hit by the train after escaping from the family's garden on June 7.

She has been treated at the specialist Dick White Referrals veterinary surgery near Cambridge.