In a bizarre footage, football fan's pet loves joining in with his goal celebrations. 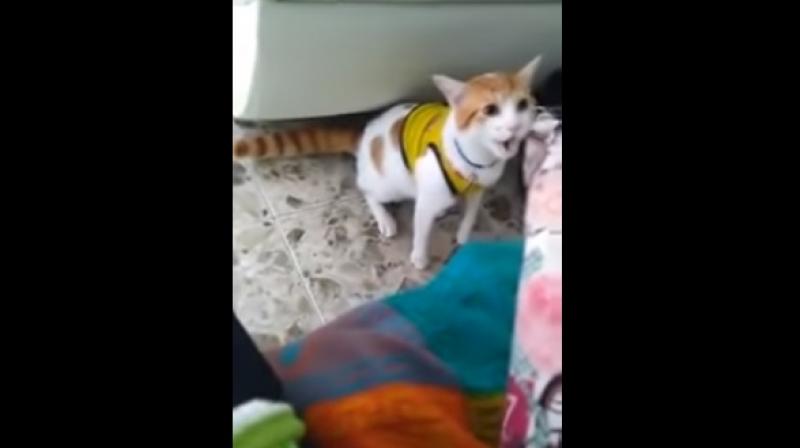 The clip shows the white and brown pet mimicking its owner's excitement during a World Cup clash. (Youtube Screengrab/ Estefano)

The England team is being roared by an army of fans at home.

However, a football-loving cat has emerged as a star supporter for England's next World Cup opponents.

Bizarre footage has emerged of a cat wearing a yellow outfit - the same colour worn by Colombia - and appearing to celebrate a goal scored by the national side.

The clip shows the white and brown pet mimicking its owner's excitement during a World Cup clash.

South American commentators are known for screaming 'goal' for a long time whenever a side scores. And this patriotic cat is no different - meowing at length whenever its master shouts out.