Gay valedictorian rejected by parents gets USD 80,000 in donations for college

The Florida teenager had began to lose hope, until his Biology teacher stepped in to help him out. 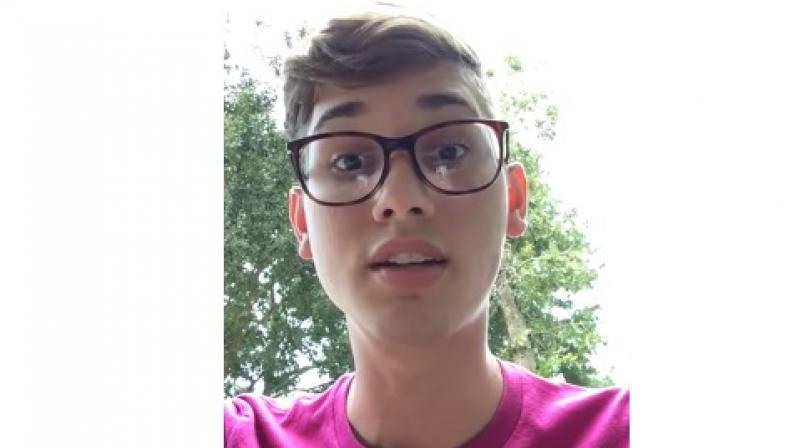 He was super ambitious and was always trying to go above and beyond to make sure he could be as successful as possible. (Youtube Screengrab)

Thanks to a crowdfunding campaign, a gay valedictorian who was disowned by his conservative Christian parents because of his sexuality, and put through 'conversion therapy', has been able to attend college.

According to NBC news, 18-year-old Seth Owen graduated from First Coast High School in Jacksonville with a 4.16 GPA, but was worried that he wouldn't be able to make his dream of attending college a reality because his family refused to offer him financial aid.

With Georgetown refusing to amend his financial aid package, and $20,000 needed for his first year at college, the Florida teen began to lose hope, until his Biology teacher stepped in.

Talking to NBC News, Jane Martin, the Biology teacher, told NBC News, that the boy stood out in her eyes.

He was super ambitious and was always trying to go above and beyond to make sure he could be as successful as possible.

Martin decided to set up a GoFundMe page to help him get to college, with a goal of $20,000.

Writing on the page, she explained why she set it up, and her emotional connection to the high achieving student:

Earlier this year (after a year of attempted conversion therapy), Seth’s parents gave him an ultimatum.

He would either continue to attend the church that attacked him and his sexual orientation or he would need to leave home.

Seth chose the later. He’s been living with friends and working to sustain himself since financially.

His parents have refused to support him emotionally or financially because they deem his sexual orientation inconsistent with their religious beliefs.

Trouble started for Owen in his sophomore year of high school, when his parents discovered he was gay. It wasn't long until they started to make him endure so called 'conversion therapy'.

He then implored his parents to be allowed to not attend the family church, which he said was supportive of an anti-LGBT+ stance, and they offered him an ultimatum - that he either attend the church, or leave home. Owen was sleeping on friends' couches, and just when he thought things couldn't get any worse, his teacher stepped in.

Since the campaign's incredible success, Owen has spoken of how he hopes that his story will encourage other oppressed people to speak out about their plights.