Winner of Nobel Prize for literature to be revealed on Thursday 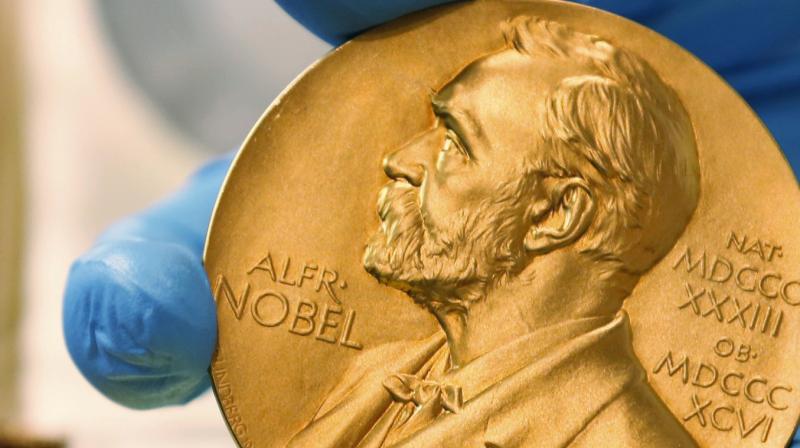 The Academy is known for its cloak-and-dagger methods to prevent any leaks, resorting to codenames for authors and fake book covers when reading in public. (Photo: AP)

Stockholm: The Nobel Prize for medicine has been announced with the award being given to 3 American scientists for their work on body rhythm.

The Swedish Academy will announce the Nobel Literature Prize laureate on Thursday, it said, turning the page on last year's shock pick of Bob Dylan which divided the literary world.

"The Swedish Academy has decided to announce the name of this year's Nobel Literature Prize laureate on Thursday, October 5, at 1:00 pm" (1100 GMT), the Academy wrote on its website on Monday.

The announcement will enable the 18 Academy members to draw a line under the Dylan debacle.

Not only was he the first singer songwriter to win the prestigious award, he also didn't comment on his win for several weeks and snubbed the formal prize ceremony in Stockholm in December.

The choice sparked the type of publicity the discreet Academy is normally keen to avoid.

The Academy is known for its cloak-and-dagger methods to prevent any leaks, resorting to codenames for authors and fake book covers when reading in public.

Speculation is therefore always rampant about possible winners, and the same names make the rumour mill year after year.

A newcomer dominating the buzz this year is Chinese novelist Yan Lianke.